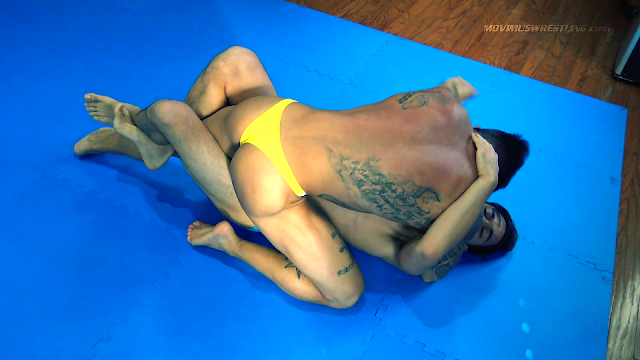 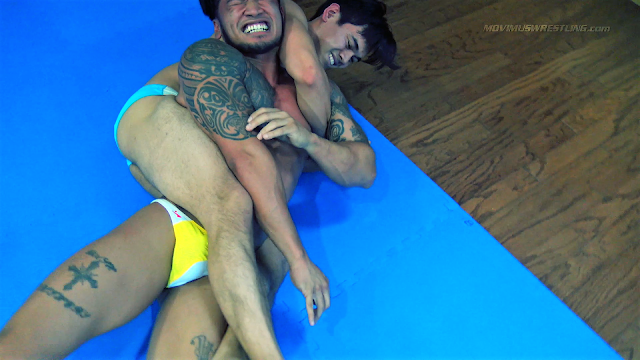 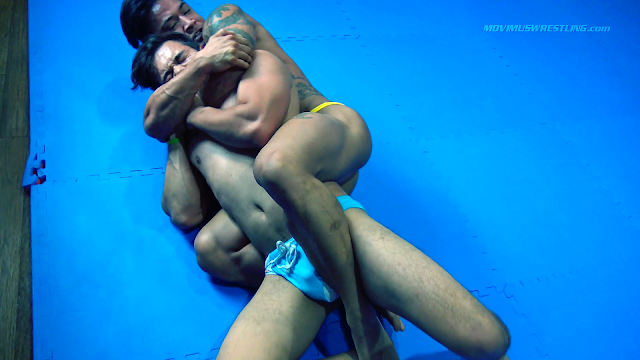 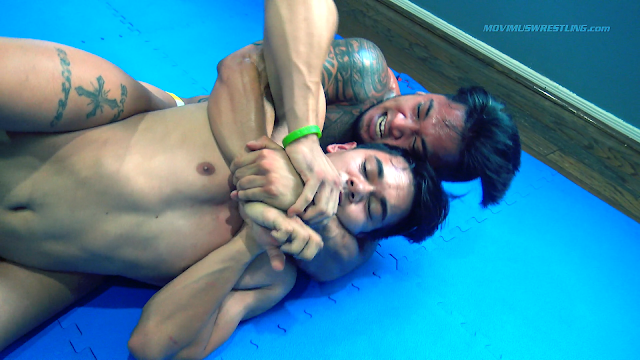 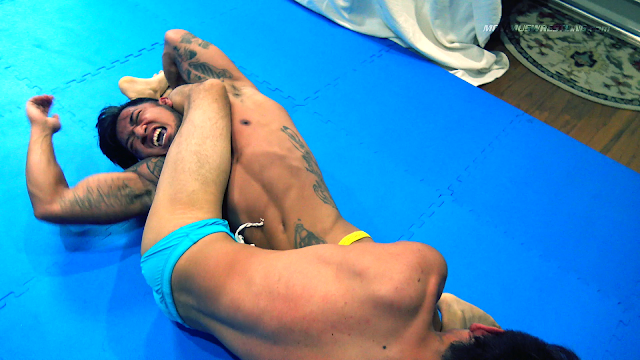 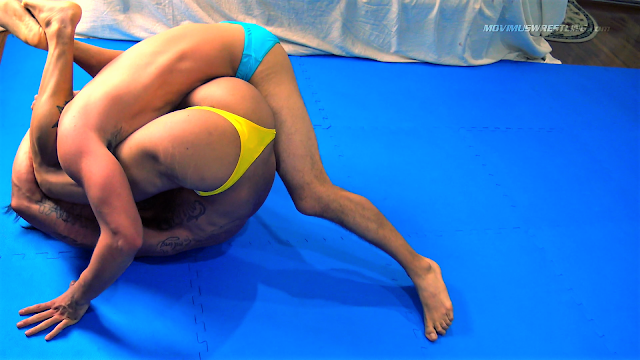 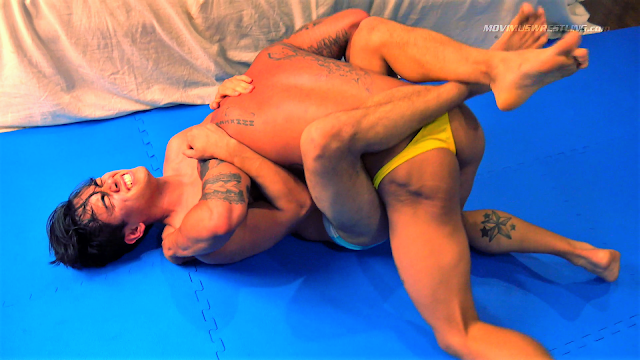 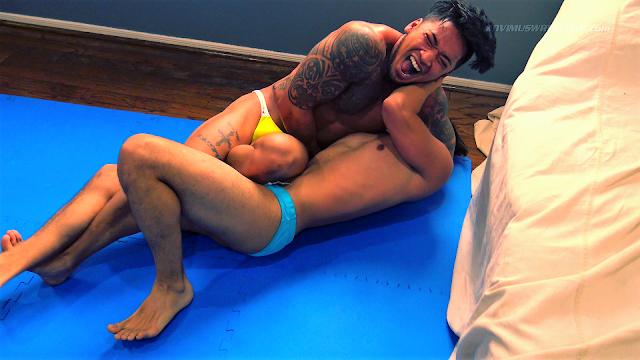 Evan and Shawn square off a third time at Movimus's Vegas base. Over the previous matches, the two have bonded in friendship, we've been told, but they leave friendship at the edge of the mat, where they turn into adversaries in a three-fall match so heated it's hard to believe the two could ever be pals. Shawn is the bodybuilding and sometime cage-fighting hottie in yellow. Evan, in blue, looks like a lightweight, a regular guy, but in truth he's a tiger - strong, stealthy, and testy. From first appearances, it's difficult to accept that Evan can hold his own against Shawn, but hold his own he does - with a quiet ferocity and never-say-die spirit that almost always give him the edge. It's no exaggeration to say that Turner and Duncan, paired against each other and against other competitors, have legitimized Movimus's 2017 outreach to the West Coast.

Both wrestlers have committed to a World Series Match, meaning the winner must dominate four times out of a total of seven matches, so they're destined to face each other yet again. This is good news  because the wrestling improves the better these two come to know each other. Match 3 is my favorite so far. It's long (about 30 minutes) and intense - each man seems no further than 10 seconds from victory or conquest in any give minute, so close and mercurial is this fight. But it's worth following the whole saga from its beginning late this past spring. Movimus is making this easy by discounting 30% from the price of Matches 1 and 2 with the purchase of Match 3 at full price. The company knows and appreciates what it's got here as evident in a rapidly edited and sharply produced (and smokin') motion-picture banner for the latest match on the home page.


Erratum: A previous version of this post misidentified Evan Turner as Evan Hunter. Corrections have been made. It turns out that the screenplay writer of Hitchcock's The Birds does not wrestle for Movimus, after all.