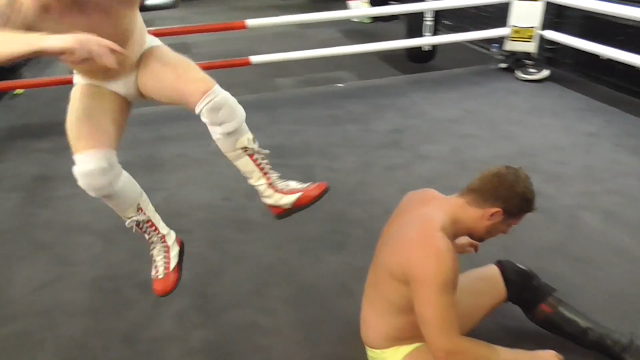 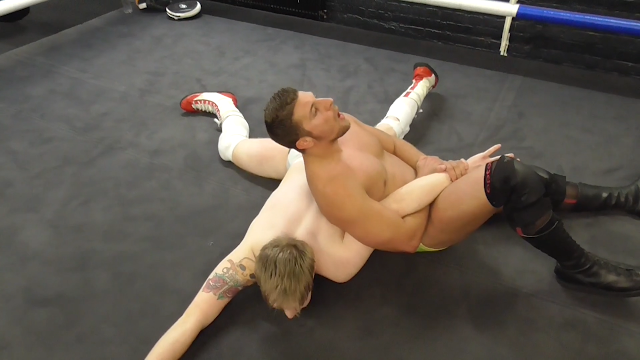 Dimitri vs The Delinquent (Wrestle4aFee)

The latest fight between Dimitri (aka Yourek) and The Delinquent (aka DQ) was such a huge success in my pants that I downloaded the four matches that led up to it. Of the five videos, the best is the fifth and most recent release.

Dimitri vs The Delinquent 5  offers better camerawork, better haircuts, better (as in "more savage") holds, better sells, and sharper all-around command of the squared circle by both wrestlers. I am glad I got the earlier four face-offs, too, because they are stimulating all on their own and educational in that they depict the evolution of two certifiable stars of the wrestling ring.

I don't want to spoil anything for anybody, but I will say (1) that Dimitri wins more than he loses, but he does lose to The Delinquent, too, at least once, (2) that there are no ties or disqualifications, (3) that all five feature hearty give and take, and (4) that both wrestlers have (and develop) strong heel personalities along the way. I will recommend their second contest particularly for fans of out-of-ring brawling and use of weapons - and it provides early examples of the wrestlers' skills in finely detailed punishments, as in cracking fingers apart.

Delinquent is a good physical match for Dimitri. Neither treats his opponent tenderly - though there's handshaking enough at the beginnings, endings, and in-betweens in these contests (most of them) to attest to their good sportsmanship. Dimitri's the heel I most want to come home to, greeting me at the door with an ice-cold beer and a side headlock.

(Note: I took all the screenshots and GIFs on this page from W4aFee's latest release, Dimitri vs Delinquent 5.)