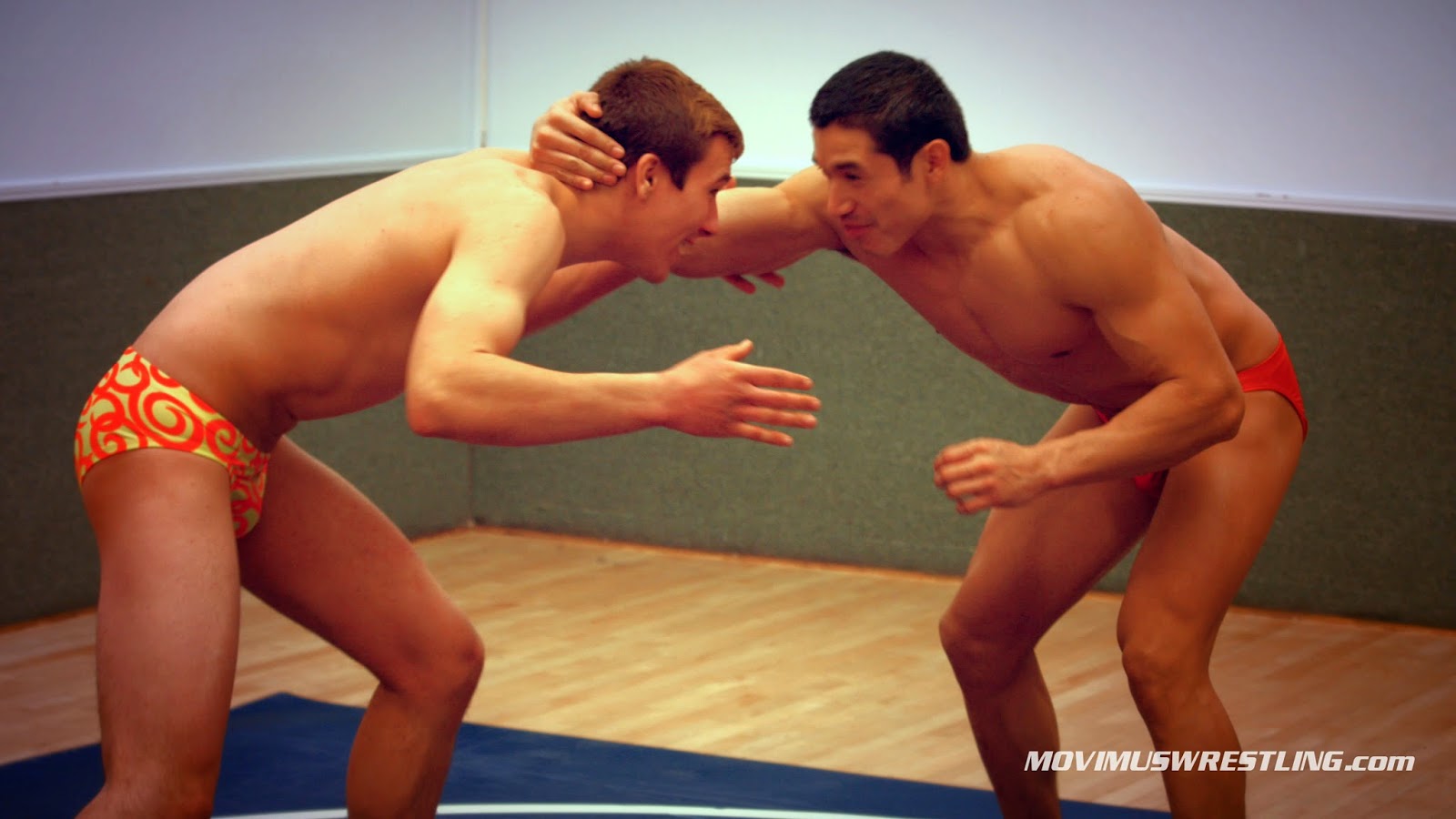 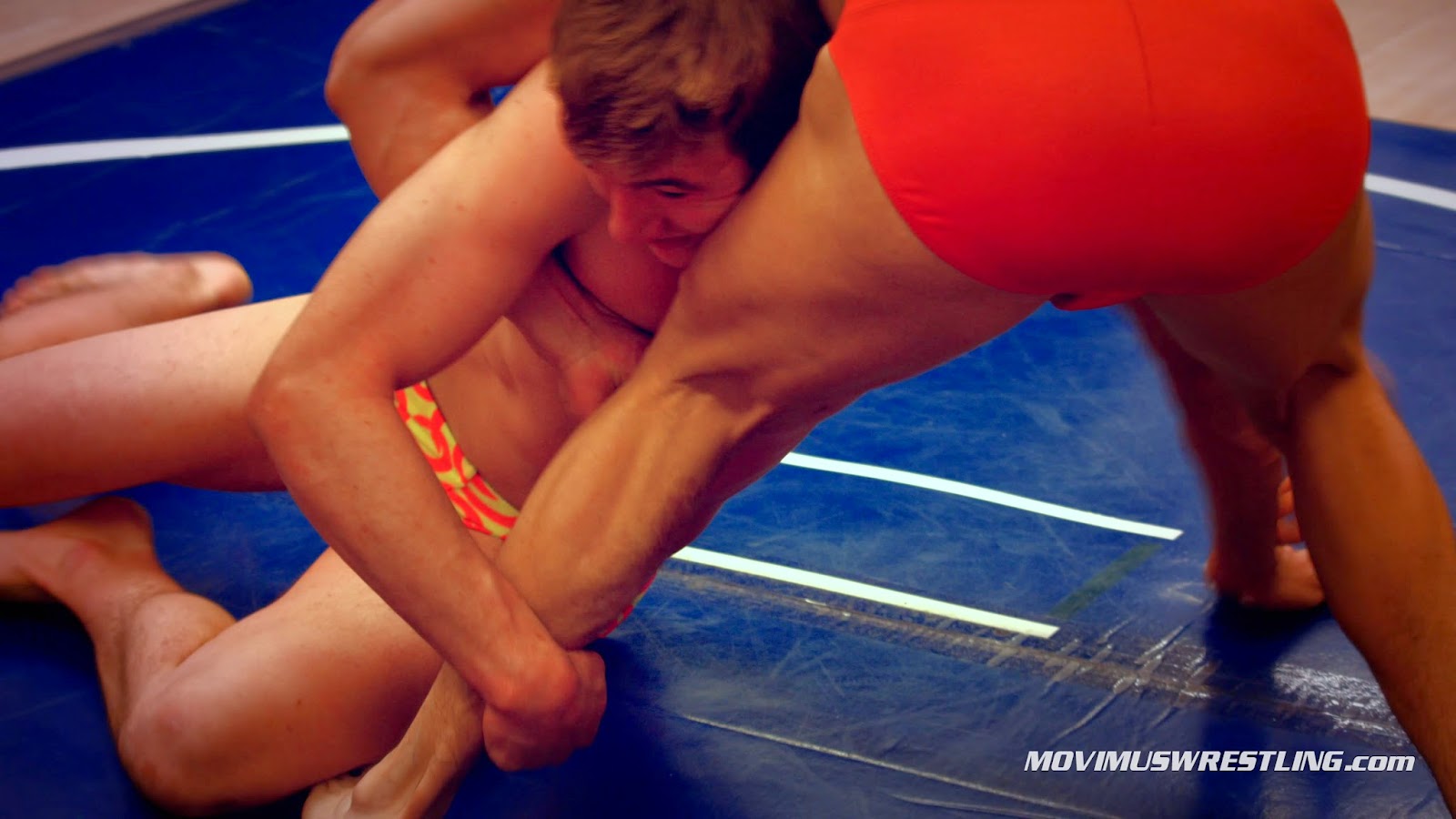 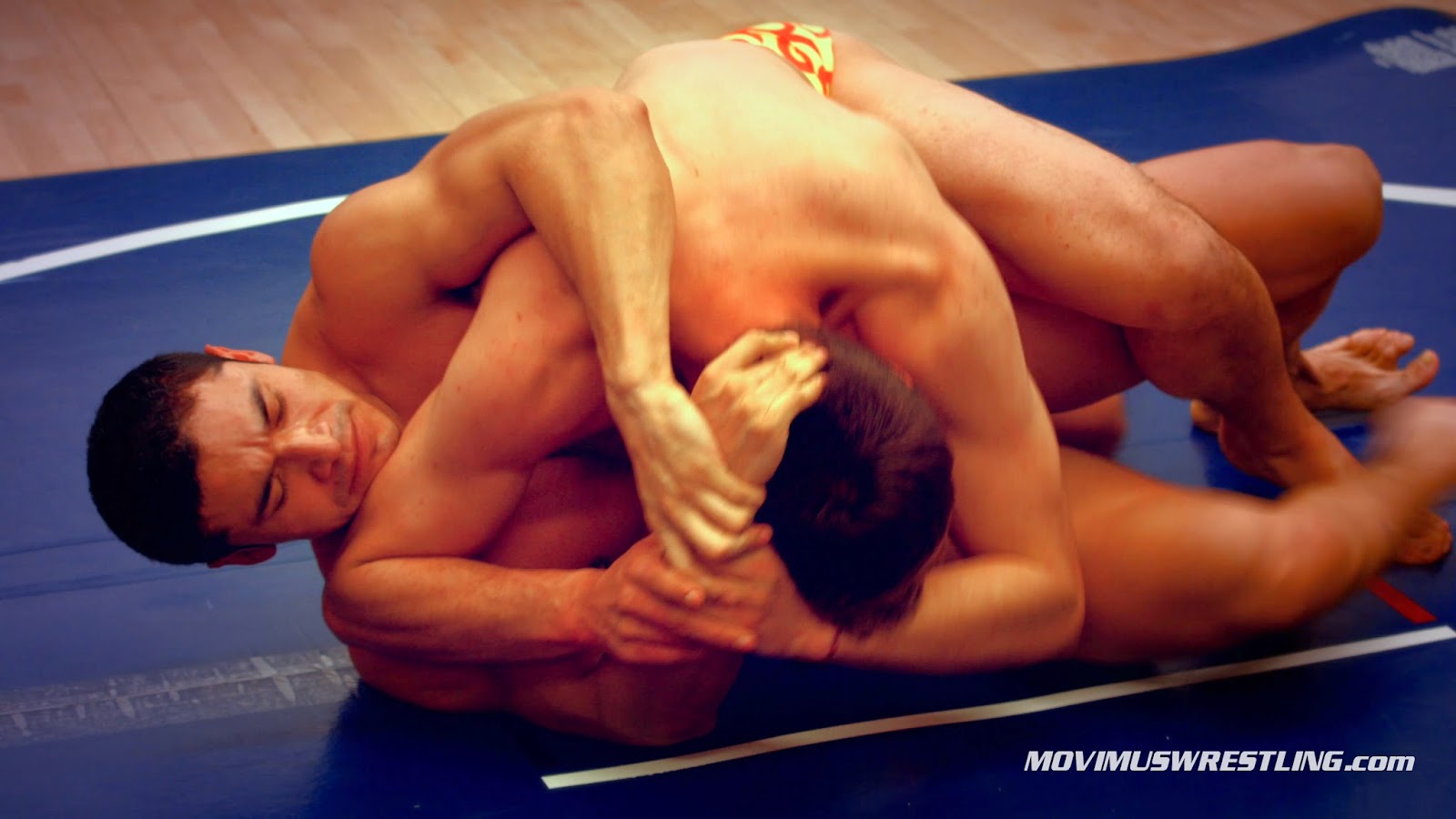 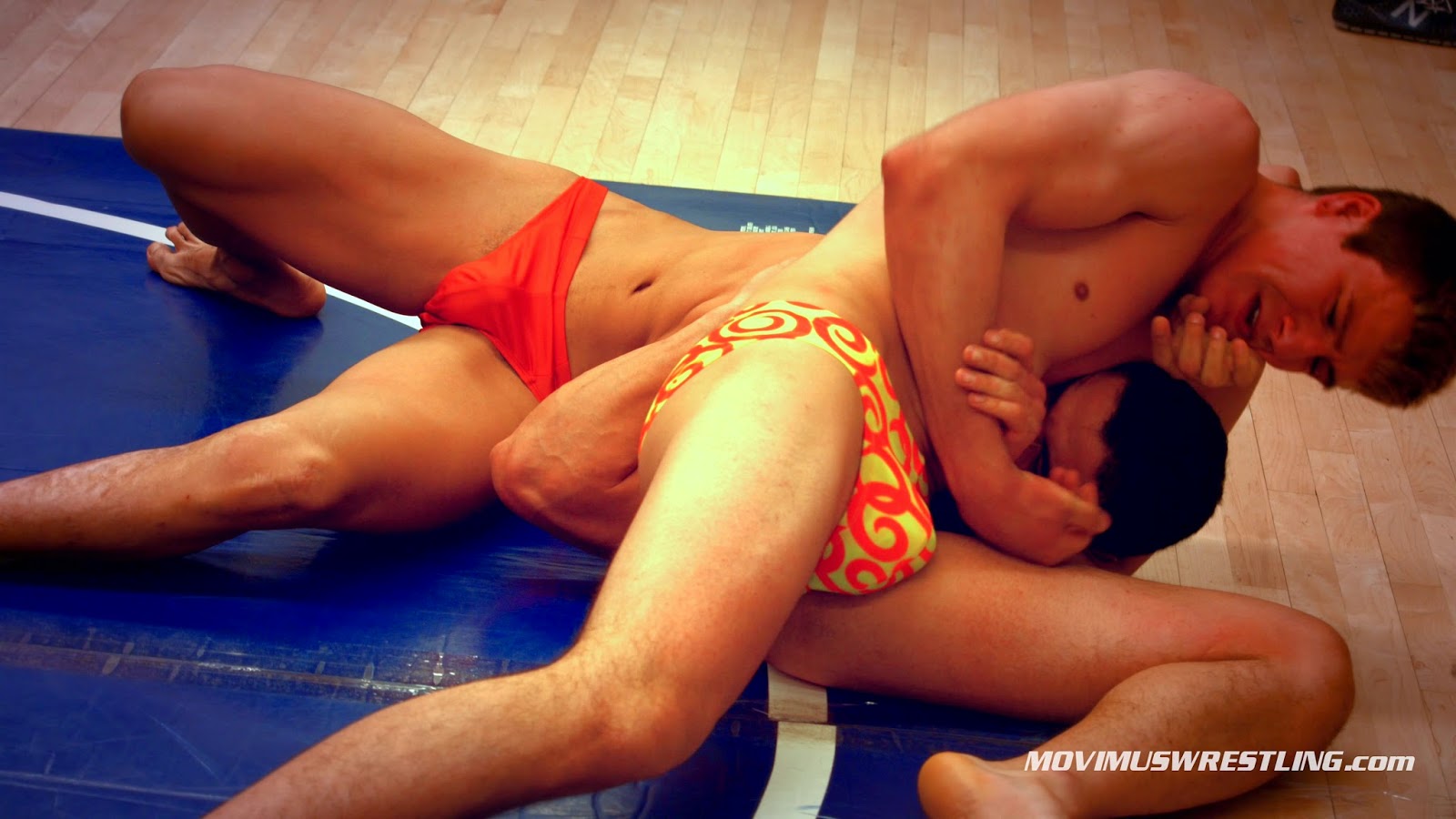 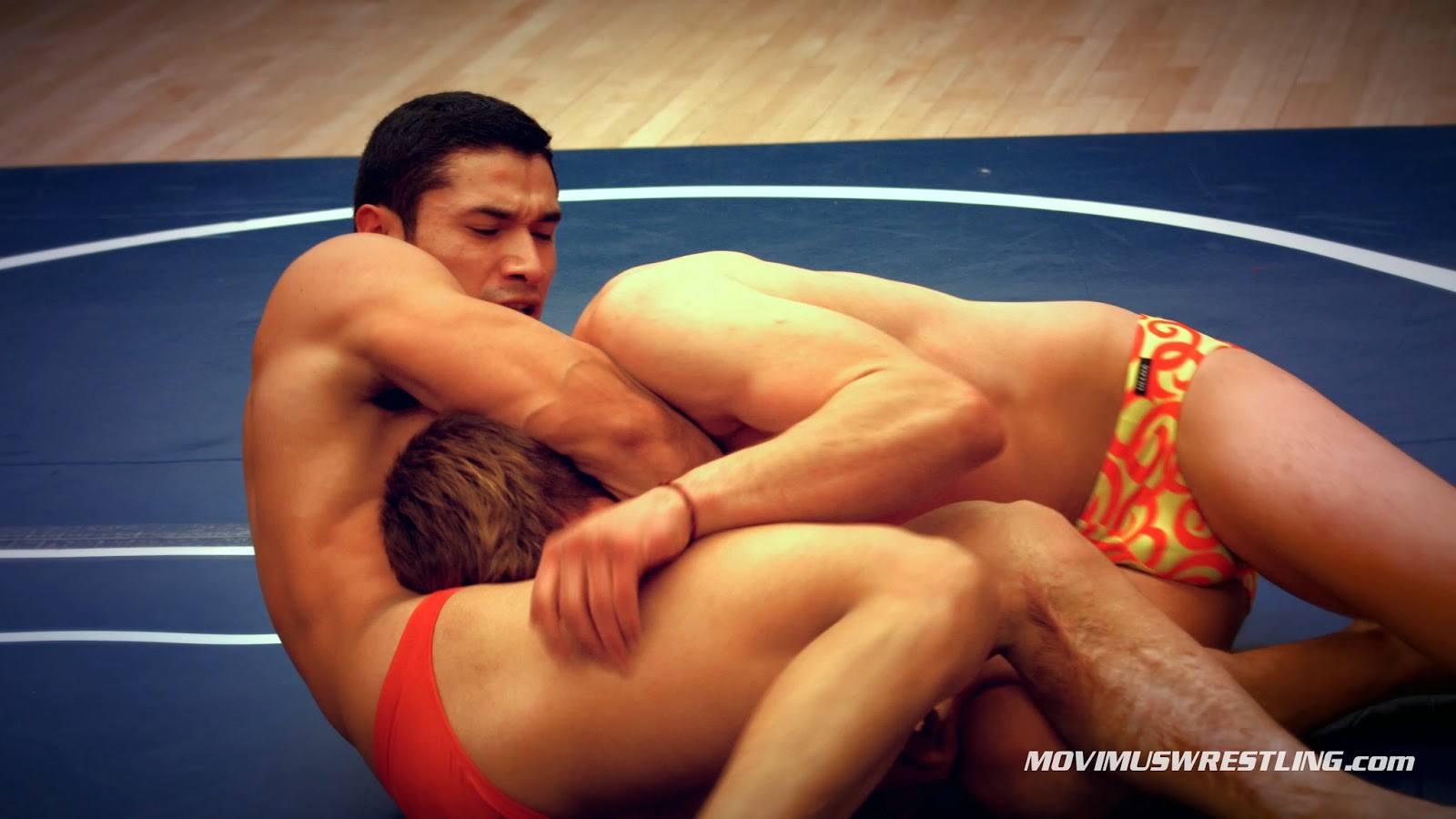 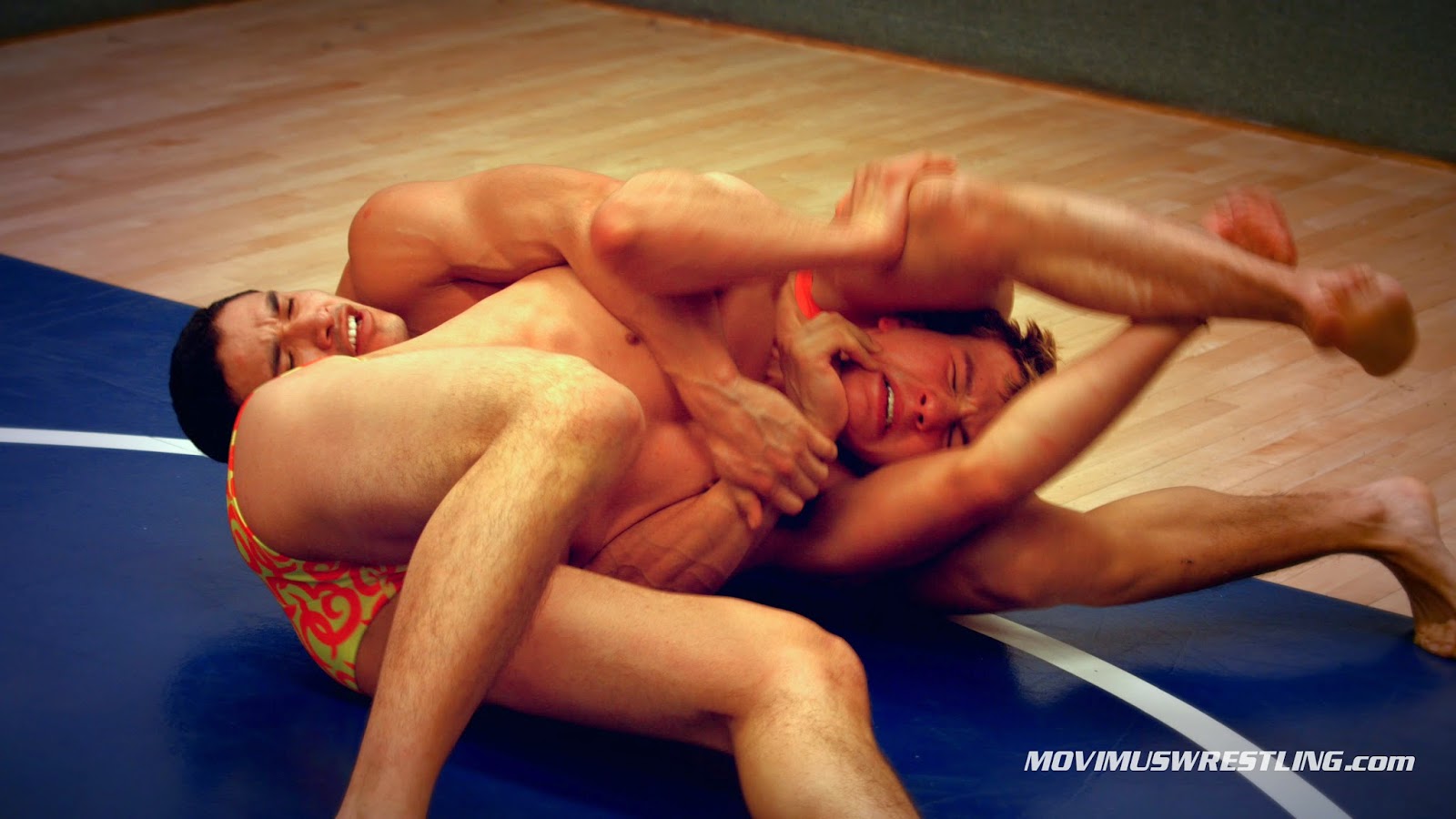 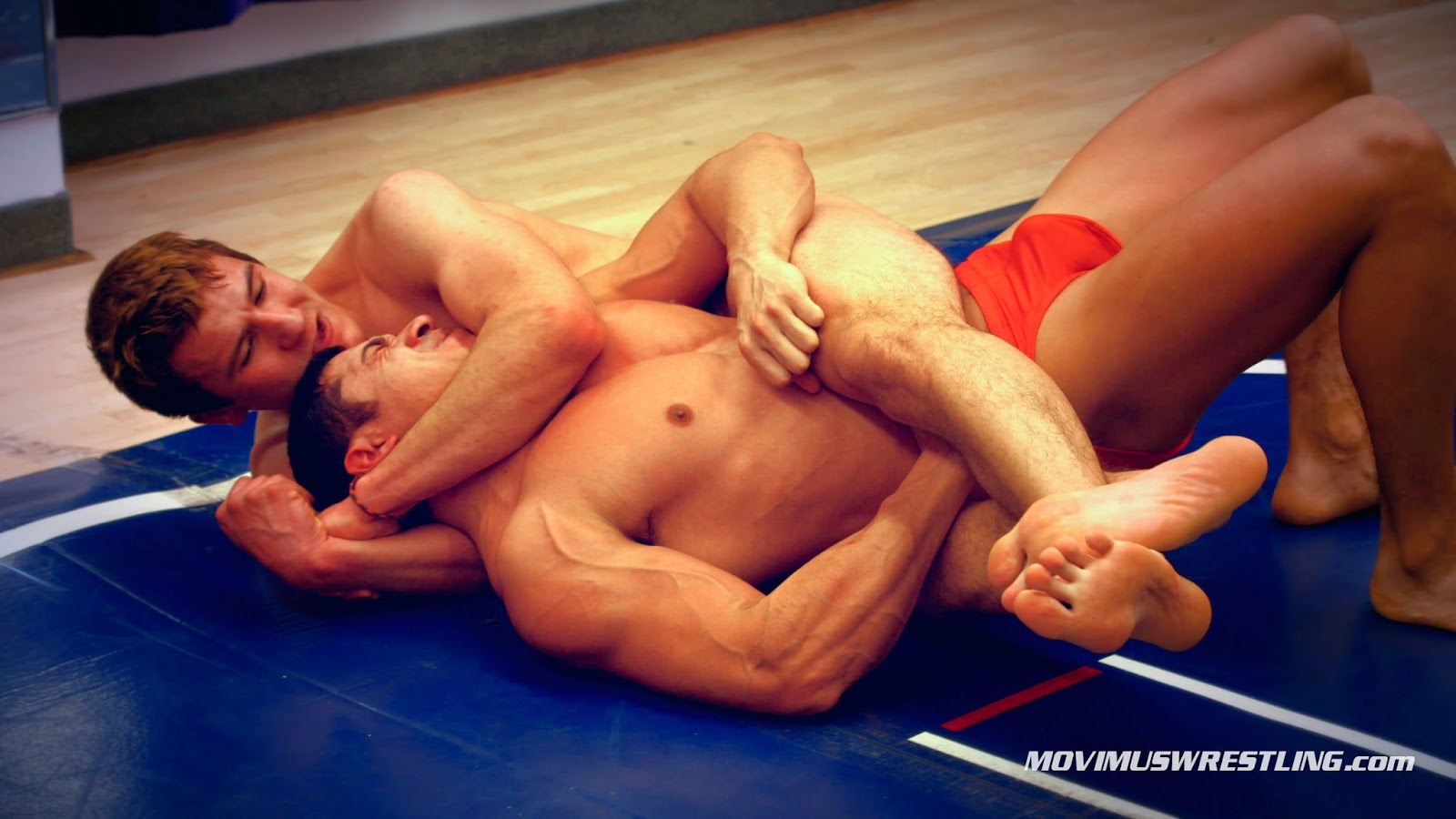 Aron's back in his second Movimus release in a row, facing newcomer Julio Vargas. At 5'9", 177#, Julio may be the hottest thing to hit Movimus since sliced Dave Markus, but can he wrestle? Aron greets the new guy with a wolfish grin uncharacteristic of the usually reserved grappler. This could make for an excellent contest: the experienced and highly effective Aron against a hungry recruit who's a few pounds heavier and more solidly built.

Already highly regarded for his mat prowess, Aron does not disappoint here. He sets out to expose Julio for the rank amateur he is, and he starts out strong, getting the first tap-out in an intense and economical five minutes. Two minutes later he has Julio in a body scissors and chinlock combination that looks like an almost certain fall, but Julio digs deep into himself and muscles his way loose. In a snap, Aron gets a tight side headlock on him, and the two thrash and roll off the mat to the hardwood floor, then back to the mat, where, topping off a frenetic struggle, Aron hunkers down, pressing his full bodyweight to Julio's bent neck, coercing a second submission.

Julio looks determined to make a better impression in the match's second half. He is more aggressive this time, grabbing Aron's head and bearing down on it, apparently working on the theory that by controlling the head one controls the whole man. But he has difficulty containing Aron, who's all arms and legs, each limb working on its own, it seems, coming at Julio from every direction, frustrating the new guy's every attempt at controlling the slim but powerful wrestler.

All in all, Julio makes a good impression in a very fine debut. He's got a quiet yet winsome personality, which, in addition to his amazing physique, is sure to garner fan attention far and wide. He wears his vermillion trunks well, which cling to his hips and buttocks like silk. Cutting him some slack as the newcomer he is, I would add that he develops more self-confidence and determination as the match wears on, suggesting even better things to come as he gains experience on the mat and in front of the cameras.
Email Post
Labels: Aron Stokes Julio Vargas Movimus