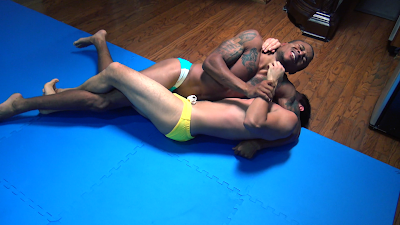 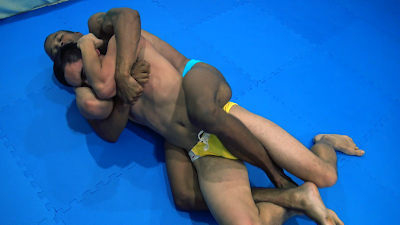 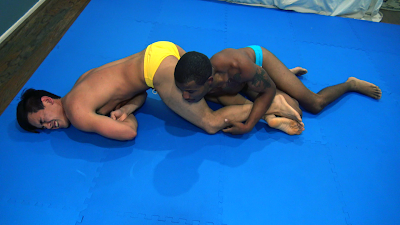 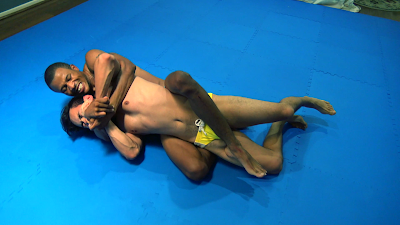 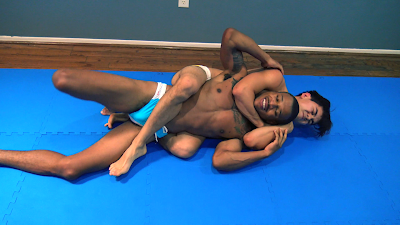 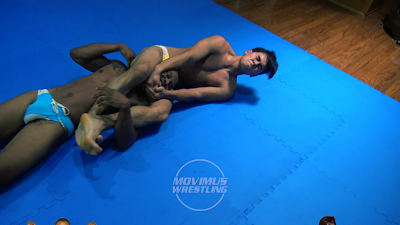 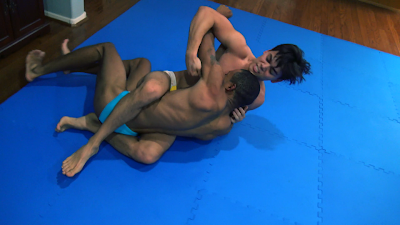 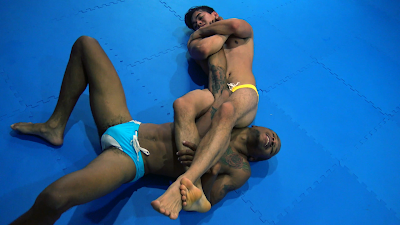 This 19-minute four-fall match from Movimus pits newcomer Roy Dunlop against a returning Evan Turner (in yellow). Turner's two matches in June may have raised viewers' expectations for this one. It too has strengths albeit somewhat marred by missed opportunities and plain old bad luck. The fight gets better in the latter half as it barrels towards (in hindsight) an inevitable conclusion.

Dunlop (in blue and white) is the bigger of the two competitors and shows great promise as a Movimus grappler. A stomach cramp shortly before the match's midpoint puts him at a temporary disadvantage (and eventually hands Turner his first fall), but he recovers enough to give Turner the opposition needed to keep this contest going.

Apart from physical discomfort, Dunlop's weakness is follow-through. He controls his opponent for much of the match, but Turner is a resilient fighter, tolerant of pain and difficult to submit, as previous challengers well know. Turner endures a lot in this match, but his advantage (here and in previous matches) is his composure and patience under pressure -- and, of course, his strategy, calmly executed, for submitting his opponents. It's a good enough match, all things considered. As the screen shots above indicate, Evan's chin locks and arm bars are as dynamic as ever.

We are making our very first release, Rec Room Battles 1, matches 1-4 free to watch on our website to celebrate 20 years since its release.