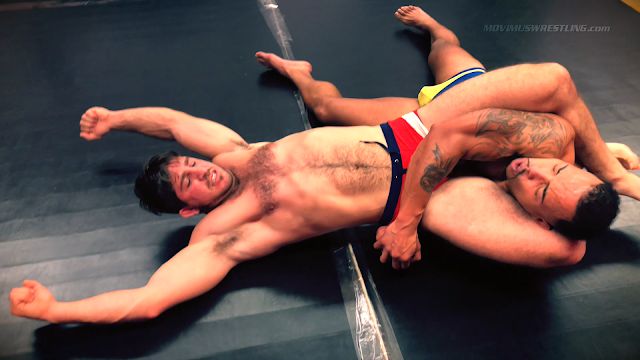 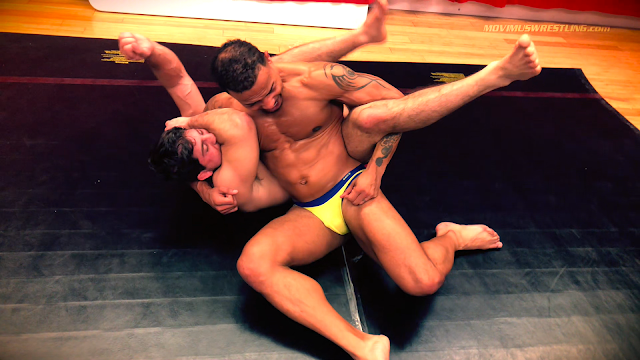 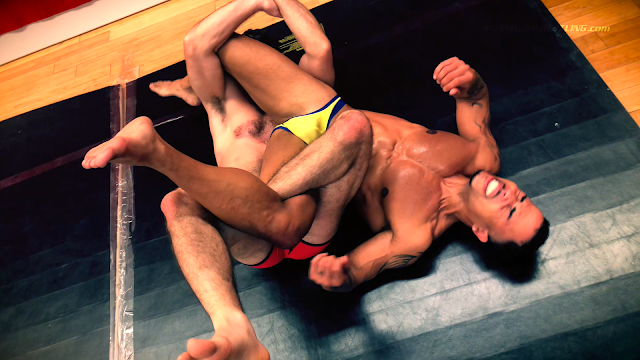 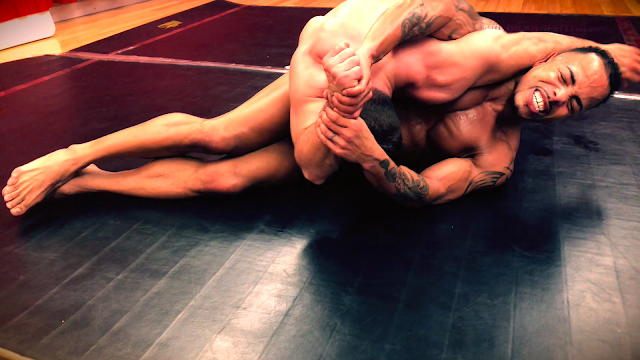 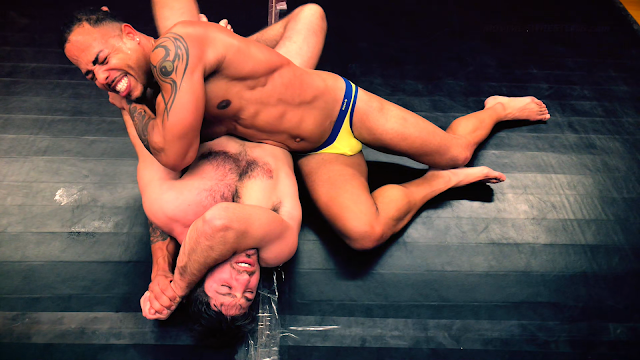 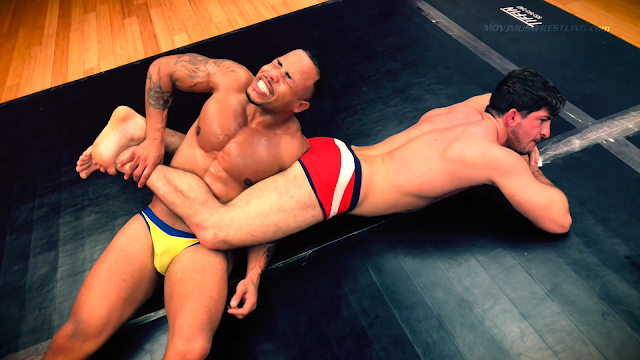 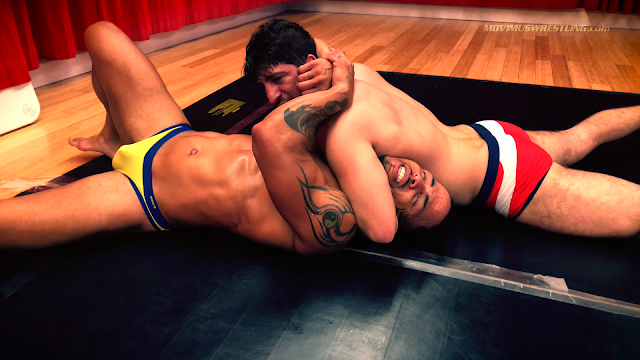 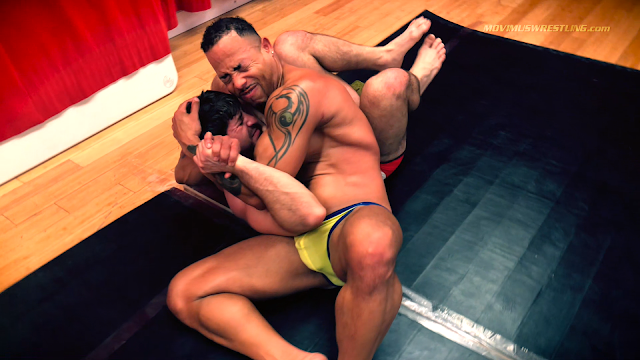 If you're Duke Russo and for over a year you have been pleading for tough competition but nobody comes knocking on your door, you start training your own. More than once, Duke has expressed his frustration over not finding guys who will give him the kind of fight he wants. Do-it-yourself-er that he is, he's started to train some on his own. Apollo is a strong and aggressive trainee, physically a perfect match for Russo, but coming to Movimus with nowhere near the rugged trainer's experience. After a few sessions with Russo, Apollo was ready to wrestle on camera.

In Apollo, Duke finds, to quote the catalog description, "more of a match than he bargained for." Easy on the eyes, Apollo's muscle is not just for show. He's resilient and aggressive, taking the best that Russo throws at him and coming back to give the undefeated bruiser some solid resistance. Mid-match Russo is forced to up his game to stay on top of the guy. The give and take is strenuous and fast-paced, with muscles having no choice but to pop and sharpen in definition. Apollo is one fast learner, and, given time, he could conceivably be the company's next big thing. Russo's best chance for preserving his zero-loss standing is to wear the new guy down and target his weak spots.

The videography here marks a new high for underground wrestling. The camera operator catches practically every attack and shift in control from the best possible angle with no intrusion upon the struggle itself. Shooting at a faster speed (60 frames per second), the camera captures sharper images and, thanks to the reduction of motion blur, achieves a smoother, more vivid image of the wrestlers' body movements. Movimus could not have picked a better match to test the new equipment on - the action is bumpy and rough, and not much is missed in detail and expression.