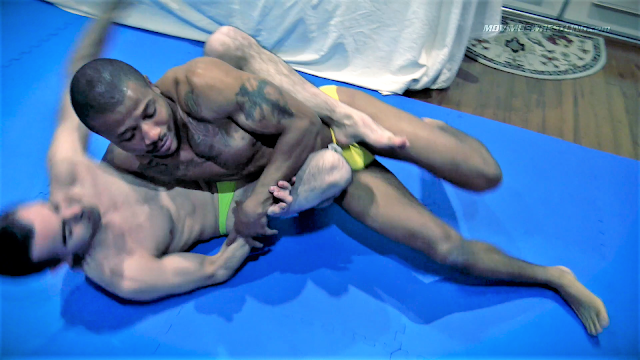 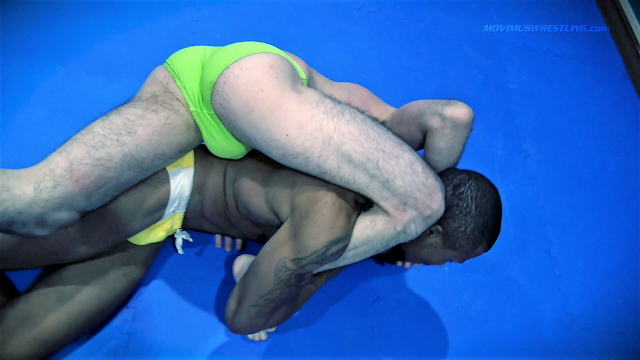 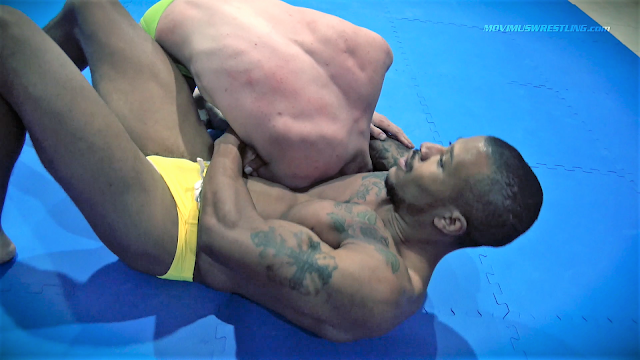 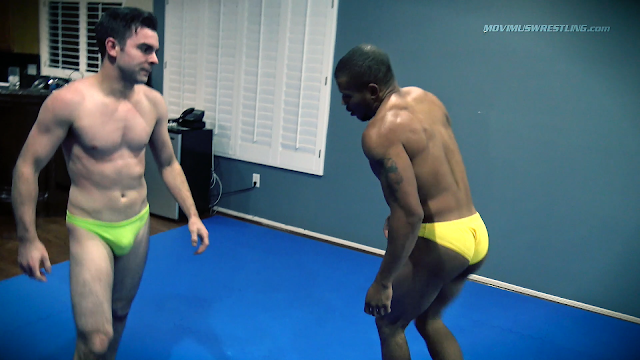 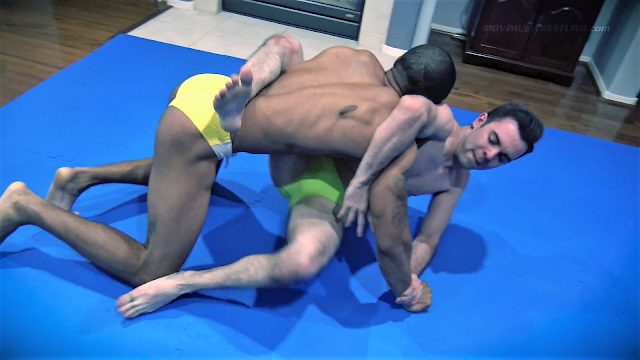 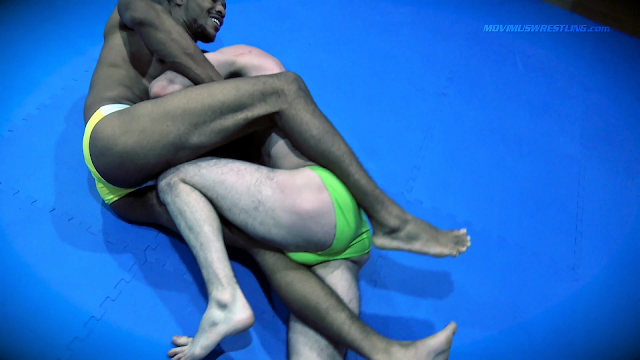 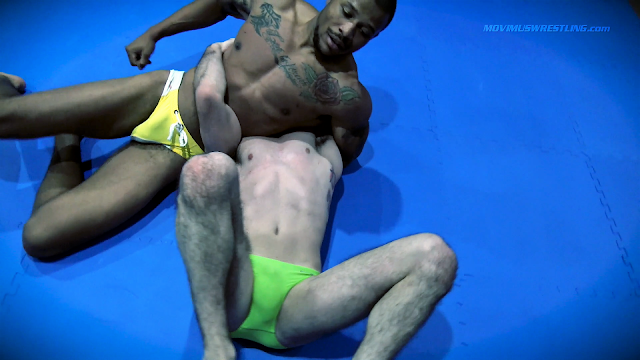 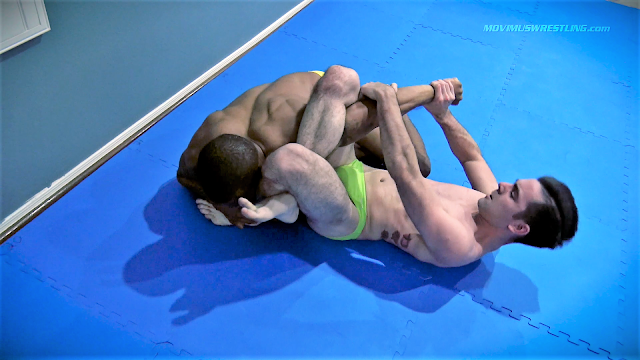 With each new release, Movimus is educating me on the science of submission wrestling. I can now tell when the situation is hopeless for a wrestler a good five seconds or more before he does. I used to think that just because a wrestler was on top of his man and mobile, he was winning, when, in fact, a slight, barely noticeable twist from underneath can leave the top guy totally at his opponent's mercy. Then the fun is to wait the extra few seconds it takes for the guy to realize he's a goner. Always a Kodak moment.

In the company's latest release two equally capable competitors face each other for the first and probably not for the last time. Roy, in yellow, has size and weight on his side, and he's proved his speed and strength in two previous matches, in one of which he was fighting not only one of Movimus's premier wrestlers but also a stomach cramp. Here his opponent, Kurtis, in green, is new to Movimus and gives up 16 pounds in taking on Roy. According to the write-up on the Movimus site, Kurtis comes to the company with experience and likes wrestling bigger guys, especially beating bigger guys. His work is cut out for him with a pistol like Roy.

At the 13-minute mark the two are tied 1 - 1, with two more falls and 10 minutes remaining. Those last ten minutes are punishing for both men. They exhibit their knowledge and training in sub wrestling through a variety of killer holds. The match is a textbook in motion. All four falls are close enough to guarantee these guys are going to want a second shot at each other. Fans are certain to demand it. Let's hope a rematch is sooner than later and at least equals the intensity and spirit of this fight.