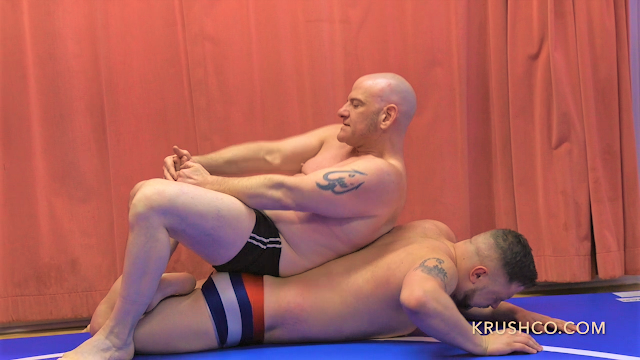 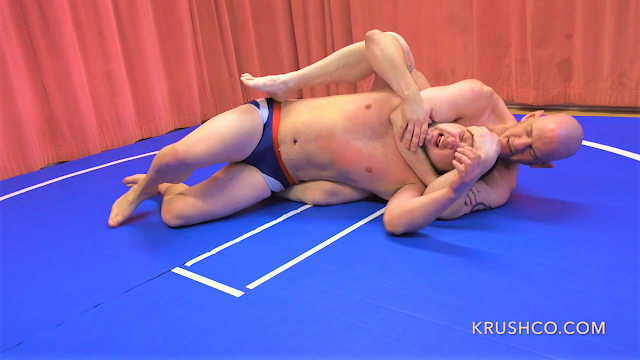 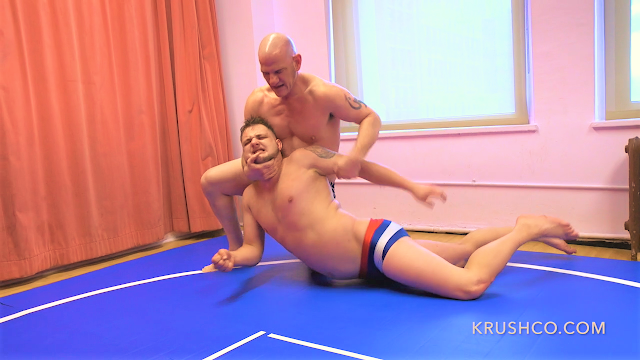 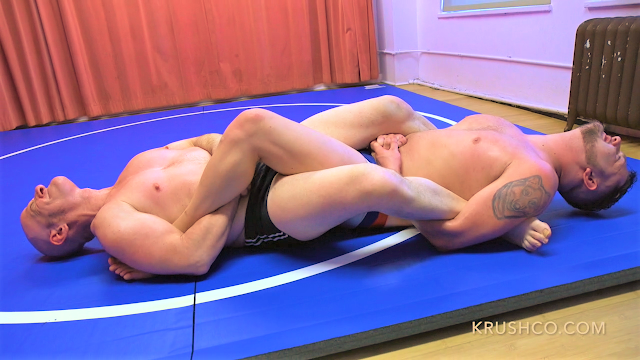 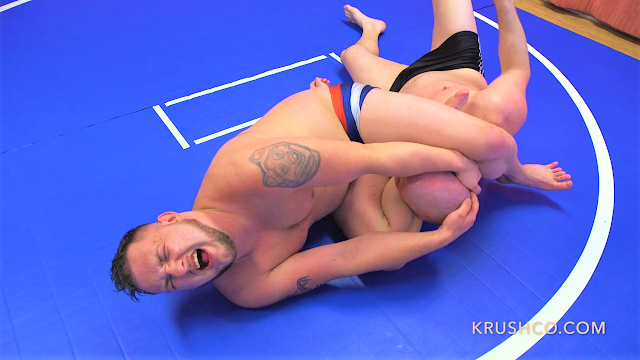 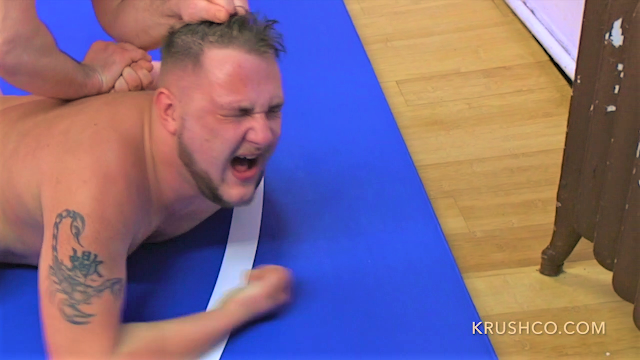 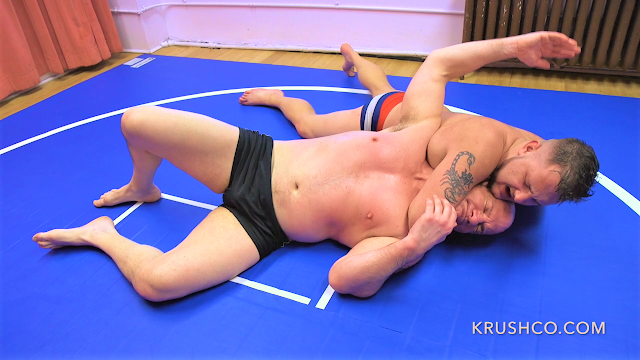 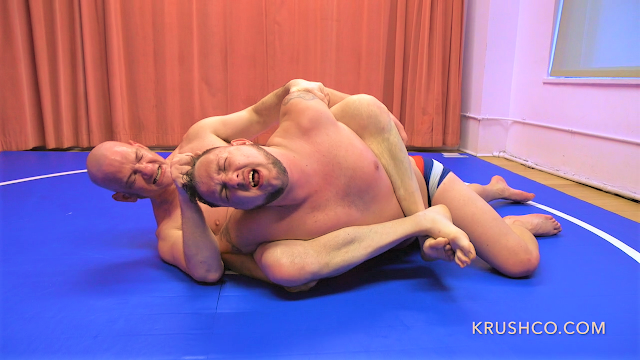 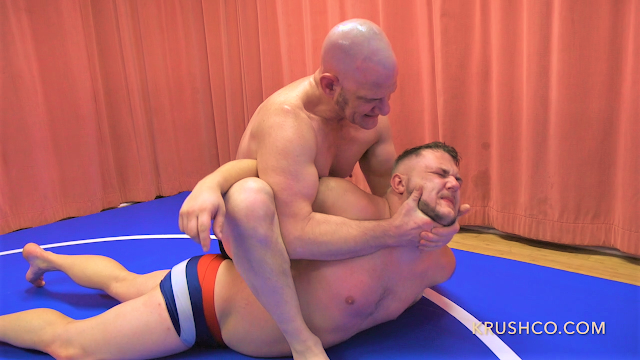 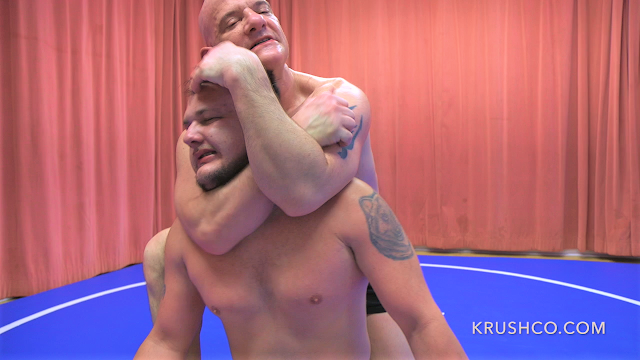 Cheap Shots  marks a new high for Krushco - and that, my brothers, is saying a lot. Krush and Callum bring high-protein menace to the mat, especially Callum, superstar at Wrestle4aFee, who initiated the challenge in advance of a recent stateside visit. The submission match stretches to nearly an hour without a single dip in intensity. Fair play doesn't survive the two-minute mark, when Krush drives his knee into Callum's imposing belly and gets a forearm smash to the balls in reply.

From that point on, bone-cracking clutches, asphyxiating strangleholds, barefoot kicks, iron claws, and hair wrenches speed to an emasculating final submission. Some of my favorite holds -  side headlocks, rear naked chokes, headscissors, and armbars - are executed to near-perfection by two of the orneriest brutes in underground wrestling. For the upteenth time Callum and Krush prove - as if further proof were needed - that muscle hunks and babyface teens have not cornered the market on the kinds of roughhouse that put starch in a fan's cotton briefs.

The endurance of these two is amazing, as they grapple for twice the span of most wrestling matches, reportedly without taking a single break. In England, Callum has the same clout Krush has in the States, so putting these two in the same room guarantees a bumpy ride. Bumpy  is not the half of it, though. Grunts, groans, and sailorly curses provide a soundtrack of hurt, frustration, rage, fatigue, and retribution. Christ, I love it when big boys slam into each other!