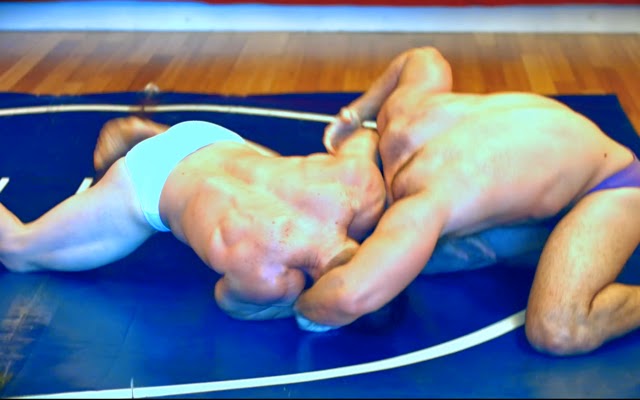 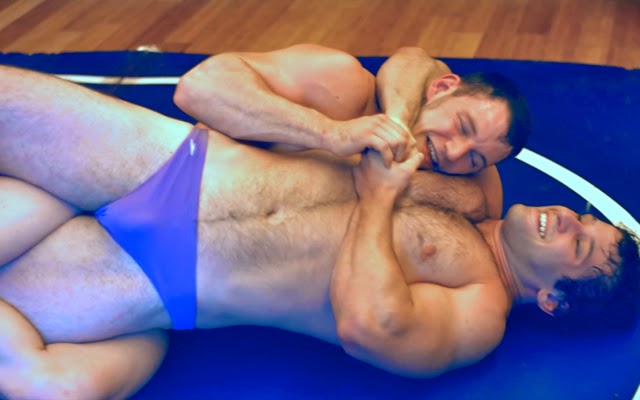 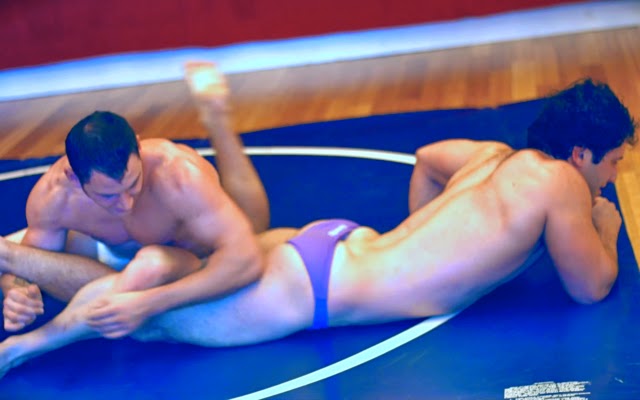 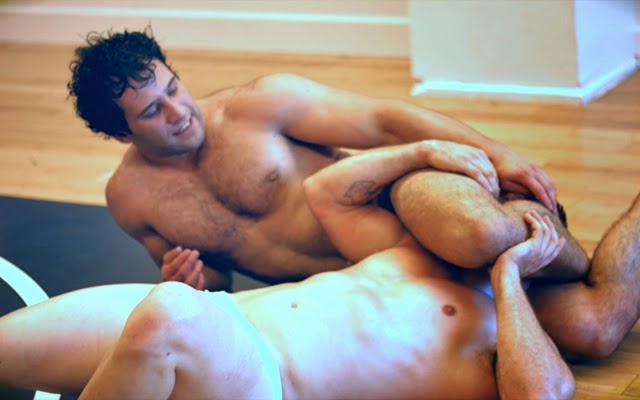 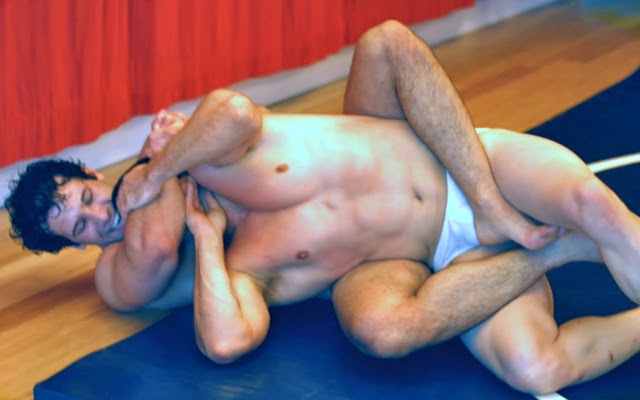 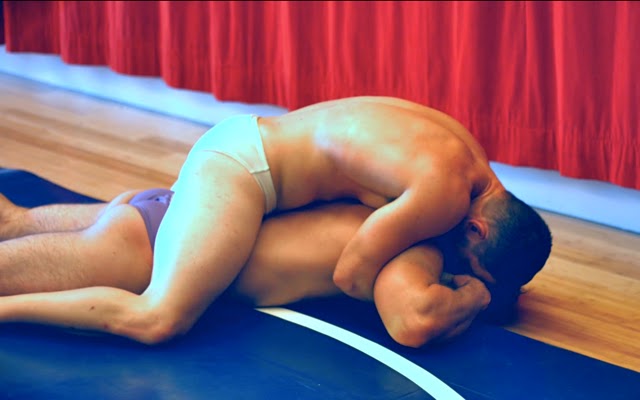 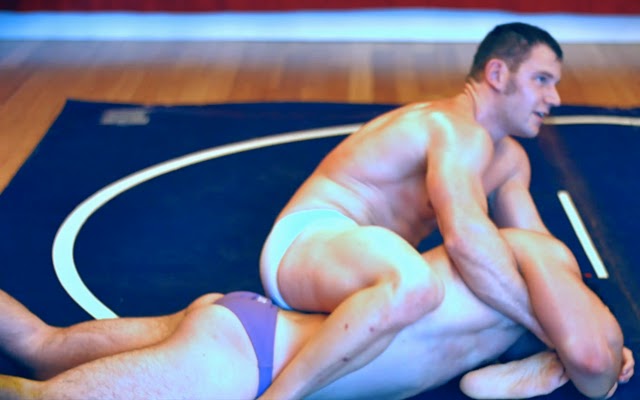 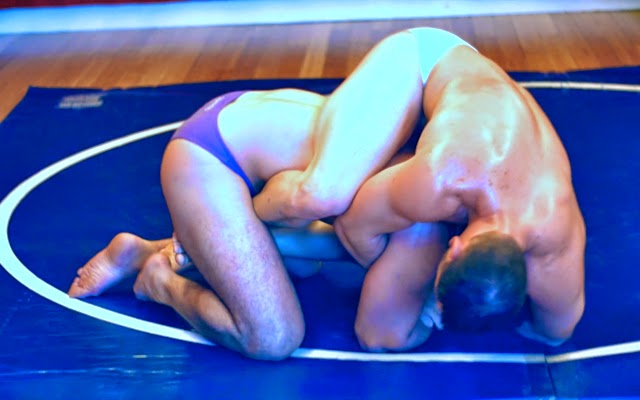 The Movimus rematch between Mikey Hanlon and Damien Rush is 20 minutes of grueling, sopping wet struggle leading to a submission at its midpoint. The remainder of the match decides whether the wrestlers deadlock or ultimately prove which of them is the better man.

Mikey and Damien first squared off in November, leaving unfinished business that the rematch proposes to finish. There's plenty of trash talk to get things started, but the glib one-ups diminish as the two realize what obstacles they're up against.

Mikey gives up about thirty pounds to Damien. Like all Movimus matches, this one is openweight with no referee or points system in place, and Mikey has fought big guys before and won on sheer tenacity and knowhow. But mass and weight make a difference in wrestling, and he's two or three weight classes below Damien by submission wrestling standards.

Damien's body mass is mostly an advantage, but it has its downside too. One, he is taller than his opponent with a higher center of gravity, thus, unfortunately, less stability. Damien spends a lot of time hunkering down, which, given his height, limits speed and pliancy. He lurches a bit too, but a big guy can lurch in a way as to turn his weight and bulk into a bludgeon.

As usual at Movimus, camerawork and video quality are strong points, the 4K resolution deepening color and making skin tones almost palpable. Not so much the audio, which leaves most of the repartee muffled.  Not the biggest fan of smack-talk, I didn't feel the loss as strongly as some wrestling fans might. Even so, there's not much point in mouthing off if no one can understand it. Short of miking the guys or overdubbing, neither of which seems practical to me, I can't see a solution to the problem. Real wrestling, which Movimus and the guys deliver, is not conducive to aural clarity. Choreographed fights are, but Movimus specializes in (to cite its home page) "absolutely no-holds-barred submission wrestling." You want repartee, go see a Noel Coward play.
Email Post
Labels: Damien Rush Mikey Hanlon Movimus