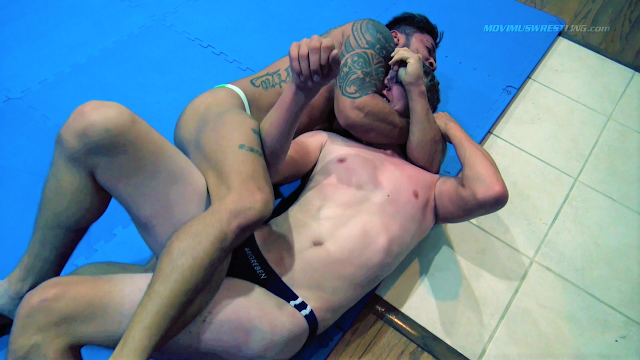 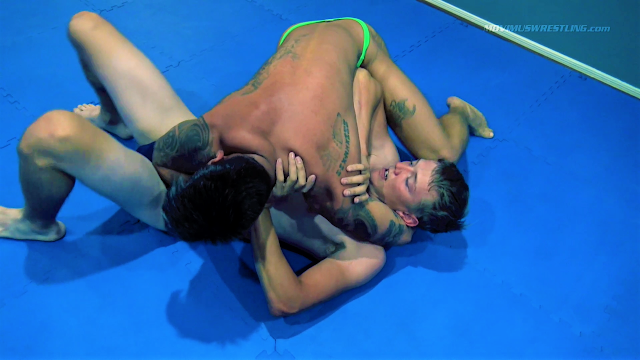 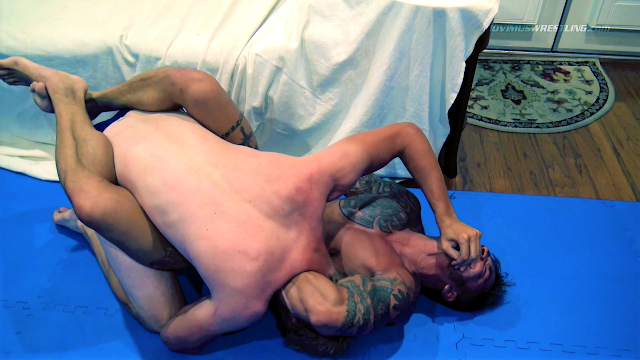 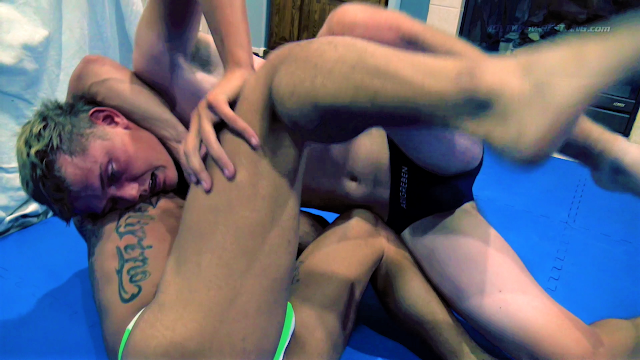 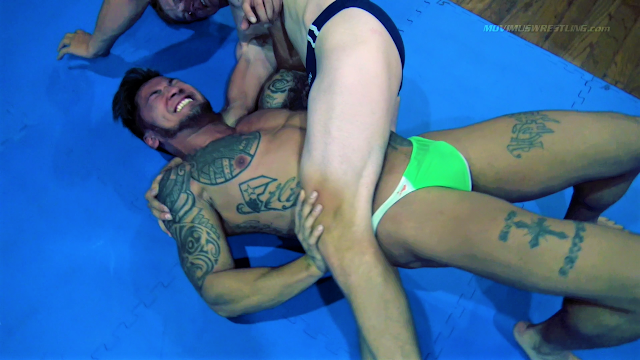 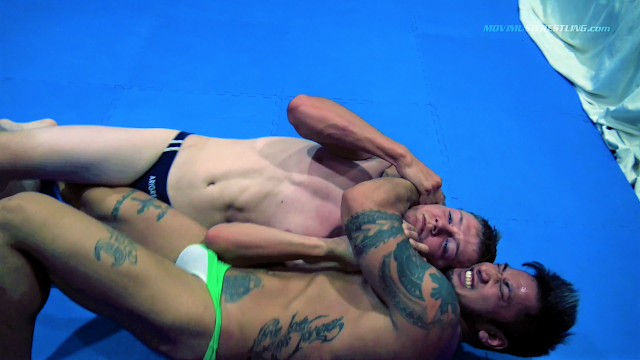 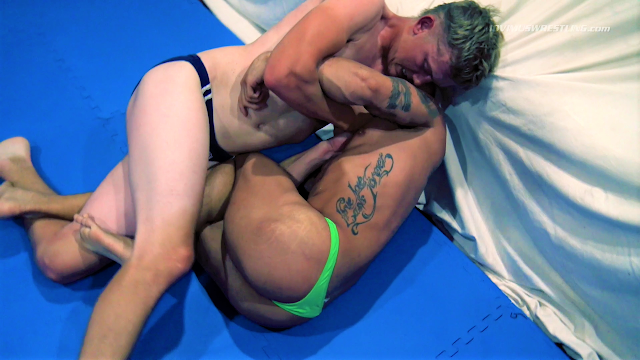 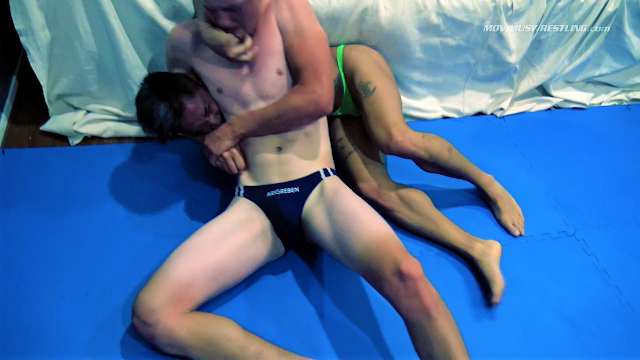 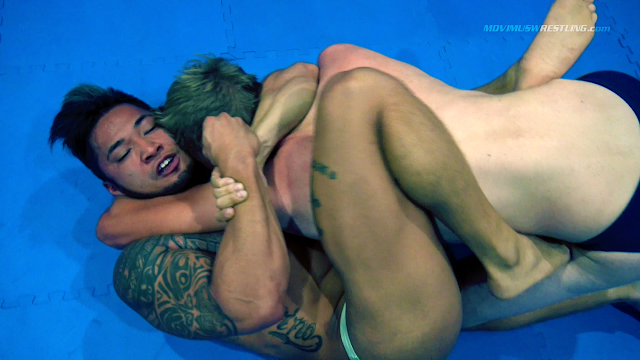 Heated competition plus pain equals edgy wrestling. The grappling here is raw and emotional. It would be sexy even  if the combatants were wearing tuxedos, but wearing tiny trunks, Duncan and Martin grind and twist their taut bodies together to seductive, borderline savage effect. The well-matched pair - perfectly matched in weight, if not in height - seem bent on mutual destruction, yet the motivation is not personal antipathy but rather the chance to prove the quality of one's fight against an apparent equal.

The end result is openly stated in Movimus's catalog description, but the drama generated on the way to that end is my focus here. The first fall by submission occurs about five minutes into the battle. It is won with great difficulty, through mat science and physical force. The next 11 minutes is vicious give and take, ending with a 2:0 score. The final 12 minutes is what it's all about as the underdog scrambles to at least even the score, thus postponing the disgrace of an out-and-out loss. Seven minutes later, a steel-trap figure-four headlock saves the underdog from that disgrace, leaving five more minutes for him to advance further, if possible. Having spent most of the match as the underdog, the likeliest outcome for the dark horse is loss, though mediated by one face-saving point. The guy's spirit is severely tested in these final minutes as fighting the odds is never easy, since one's opponent is not just the competition but also one's own state of mind.

While lacking the theatrical flash of a set angle, authentic wrestling is hardly short on suspense and strife, the more so in this case. Tanner comes to this fight with two previous wins and one loss at Movimus. Shawn has a longer history with the company, with a near-even record of wins and losses. These guys put all their energy and self-belief into this contest, more out of pride than necessity, and the result is intensity and unpredictability equal to any scripted storyline.