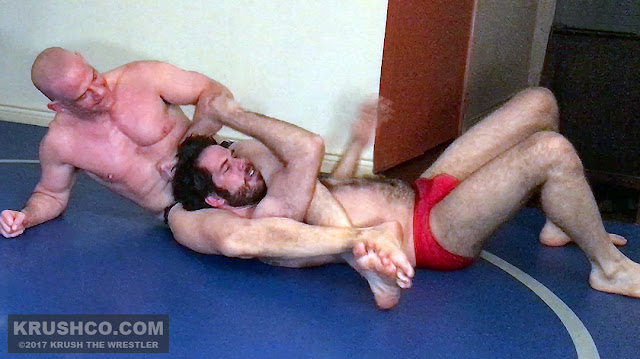 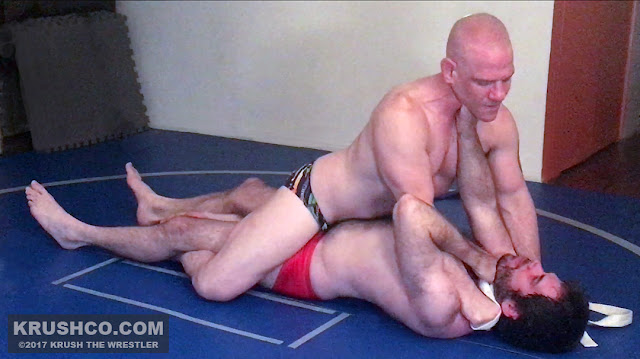 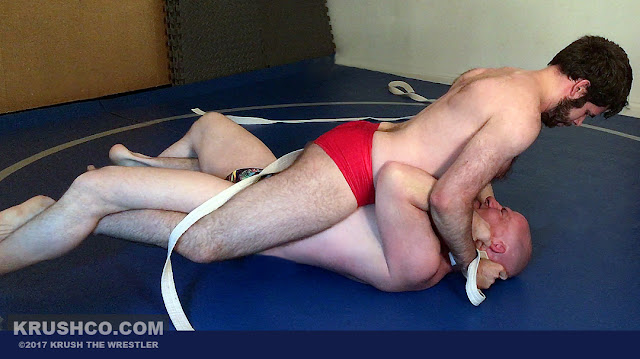 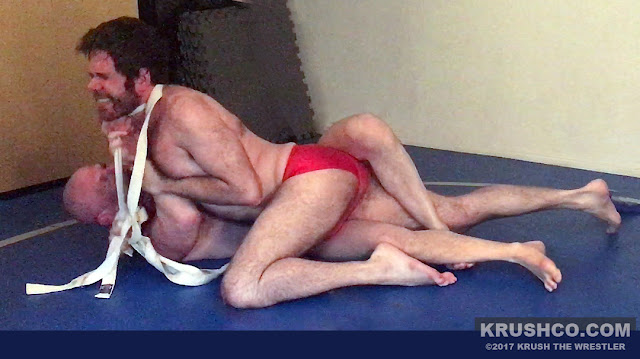 Krush's latest is a rematch with John Henry, his "apprentice" in submission wrestling. As in the earlier contests, this video includes rough, unpolished footage of John in training with Krush. The "warm-up" is not the usual stretches or muscle poses, but a series of reverse headscissors, which advance straightway to competition, seven falls in 31 minutes.

The two bodies engage each other in natural but fully adequate light, accompanied by a steady mechanical whirring sound (a fan? an air conditioner?) and five minutes in, they start choking each other with black and white sashes. The action is raw and real, with no attempt at linear storytelling or an aesthetic design; the sweat and direct diegetic sound add to the sense of authenticity and the video's dingy garage-band or industrial roughness.

John Henry provides a tough defense, but (no surprise) it is Krush who tends to dominate. What most distinguishes the Henry videos from Krushco's other product is their inclusion of sashes or belts as weapons realistically (not theatrically) implemented into the contest. Like all Krushco releases, this one celebrates the exhilarating effects of pain and unsparing aggression. Like S/M the pain is real and sensuous, with no actual malevolence behind it, but unlike S/M there's no agreed-upon script or ritual. The two seriously fight, undiluted by frat-house banter or jokiness.