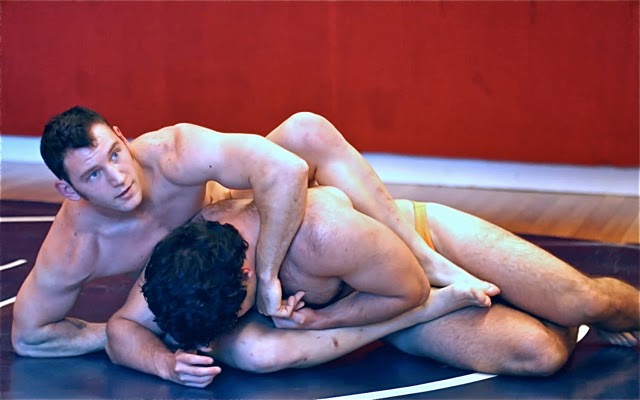 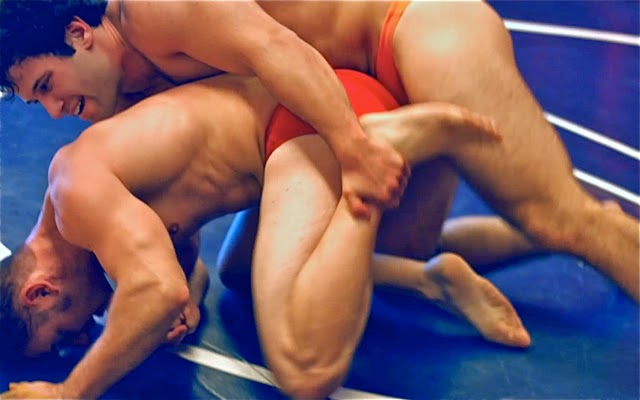 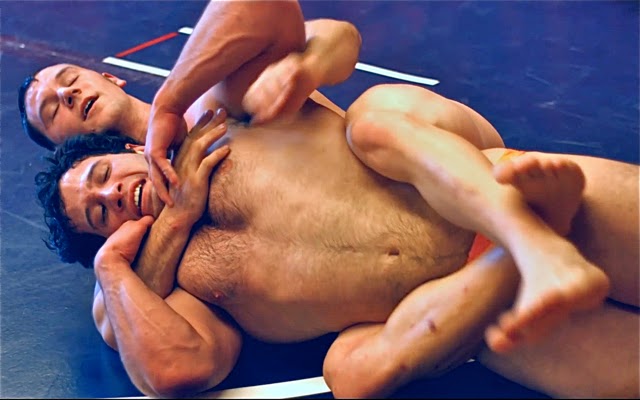 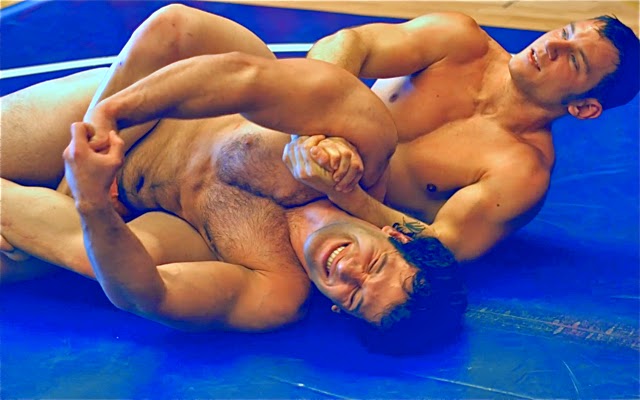 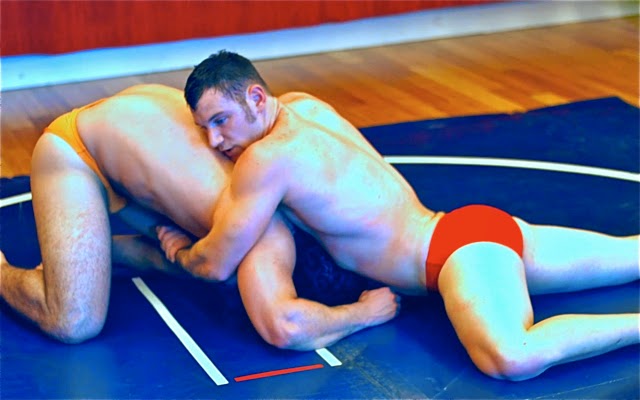 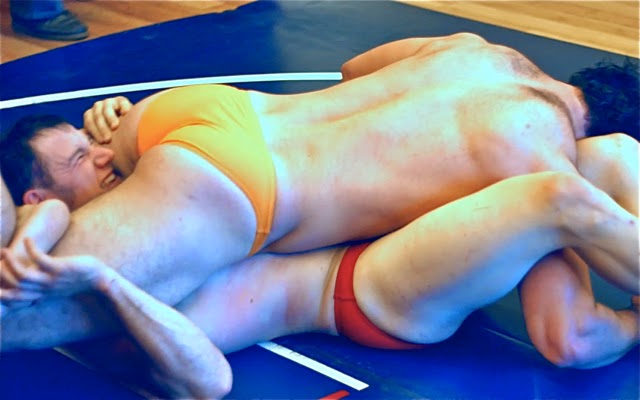 I'm surprised it's already been two years that Movimus has been up and running. The company's original site debuted on Thanksgiving Day 2012 with its first match: Travis Carter versus Jeff Jordan. I'd wager no online wrestling company has been in such a constant process of self-improvement these past two years, from upgrades in its video technology to development of its kick-ass roster. This past year the company started releasing downloads in optimum resolution 4 K. Today, it released a killer new contest featuring Mikey Hanlon, a returning veteran from the NHB-Battle days (whose catalog Movimus purchased and makes available again, thus preserving online wrestling history while launching its own product line). The company has also moved to a new, improved site: movim.us, which (shameless plug alert) includes a top 10 list of my favorite Movimus matches (so far).

Mainly, though, I'm excited because the sideburns are back! The company bats Mikey Hanlon's highly anticipated return out of the park by pitting the popular scrapper against meaty macho-poser Damien Rush in his Movimus debut. Throw 380 pounds of arrogant alpha-male muscle on the mat and the magic happens all by itself! If you get six minutes into this video and still don't have a boner, you haven't been eating enough oysters.

Right off the bat, Damien swaggers up to get in Mikey's face, boasting, "Now you see me, you understand something very very clear: You ... have no chance, no chance at all." Mikey smirks, unwilling to take the new guy's over-the-top machismo seriously. "Over the top" because the guy looks like a composite of every Playgirl centerfold of the '70s. Mikey replies drily, "I've squashed bigger bugs."

Rush snags Hanlon's arm and leg and drags him down, but Mikey flexes loose and springs back to his feet. The two lock up again, bumping foreheads. Damien gets another takedown but the soundwaves of their fleshy splat on the vinyl mat barely reach the microphone before Mikey's legs have ensnared his head and shoulders.

For me the hottest parts of this match are the prolonged stalemates, which are plentiful. Body pressed to body. Limb locked on limb. Both wrestlers fighting fatigue as they struggle to reposition. This is and always has been the advantage of college-style and submission wrestling over arena pro wrestling: the long, sweaty clenches. Both wrestlers entangled, determined to win. After a figure-four choke cranks out the first tap-out (just past the video's midpoint), the momentum shifts. Rested and refreshed, the wrestlers are ready for battle again. The wrestling is more give and take, more frenzied, too.

It's great to see Mikey back on the mats, and Damien cuts a formidable figure, unlike any other wrestler currently on the Movimus roster. Almost certainly there will be a rematch between these two. I'd say Damien needs to square off against Max Anderson and Kevin Harris. And I'd like to see Mikey take on Doug Acre, Jimmy Reilly, and Dave Markus. Soon.