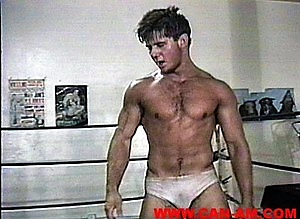 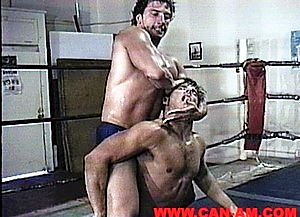 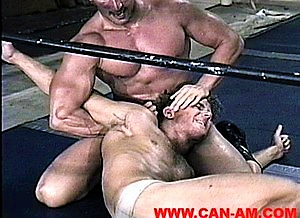 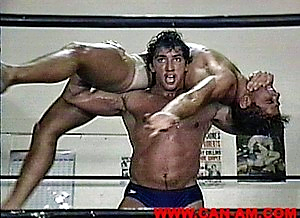 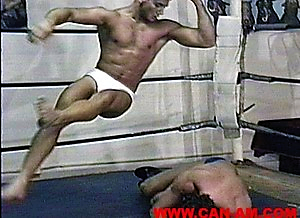 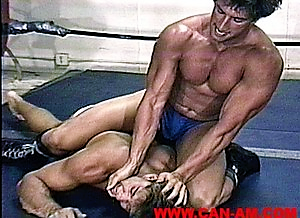 Few wrestlers grab hold of me like Cliff Conlin, still a teenager at this stage of his legendary BG career (circa 1990), here in one of the toughest and sweatiest battles in underground wrestling history. I prefer to admire a lot of wrestlers from afar - Facebook and texting are usually close enough for me - but Cliff is someone I wish I had known personally back then - face to face as a friend, neighbor, and crush material. His is a rare spirit in the underground wrestling scene - fearless, noble, feisty, whatever words are the best opposites to self-absorbed, neurotic, and arrogant. Doug Avery is also amazing in this match, sexy and ferocious as fuck, and he seems well aware that he is "breaking in" a soon-to-be wrestling legend. The three-rounder (most early BG fights ran for three falls) lasts 25 minutes, not a minute of which is spent idly. Avery and Conlin don't need to strike muscle poses or throw shade - their balls as wrestlers are proof enough of their fitness and manhood. 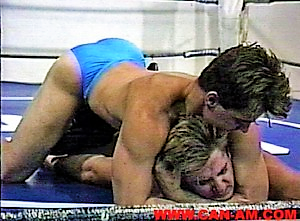 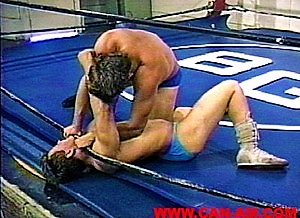 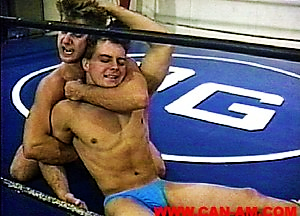 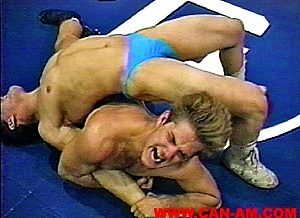 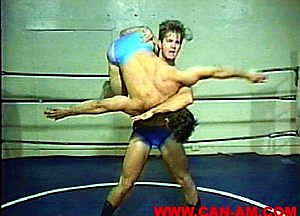 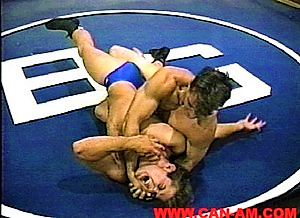 When Conlin opens with a firm and fast arm bar,  Dane Tanner escapes with three crisp punches and a knee jab to the celiac plexus, following up with a downward arching slug to the ribs while Cliff is down on his hands and knees. It's a fine intro to the toughness and ruthlessness to come. These guys know how to give and take bumps, and it's a thrill to see underground wrestlers who know pro-style moves this well and don't rely on their good looks, snappy putdowns, and colorful gear to carry the show. Each man wins a fall, leading to a dramatic and decisive showdown. Perhaps what I'm about to say is not the lucid description it should be, but the fight makes me think of a well-built student body president making the star quarterback his bitch, only to discover there will be hell to pay for the insult. Of all the fine tactics on display in this 22-minute event, the corker is the sudden reversal at the end, initiated with a roaring airplane spin that makes me dizzy and chubby just thinking about it. 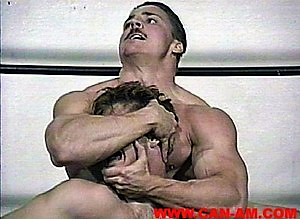 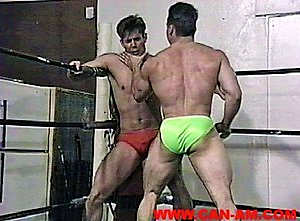 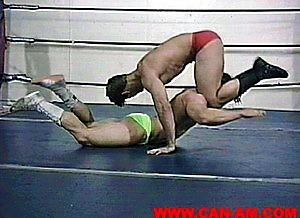 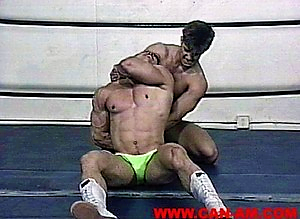 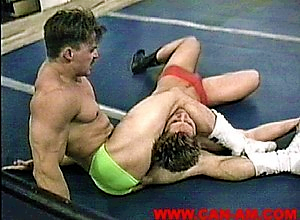 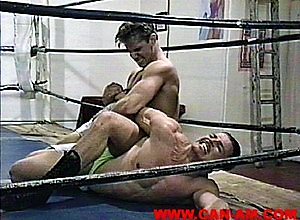 I would guess that for many BG fans, not just me, the names Conlin and Sterling speak of a time, a place, a major bad-ass boner. Two more voluptuous and assured wrestlers never entered the BG ring, and it's safe to say that these are two men who, together with a mere handful of others, invented 1990s underground wrestling. Their styles even then were similar yet noticeably different. Both were roughhousing strongmen, but Cliff focused more on roughhouse, and Steve, more on muscular development. I suppose I favor Conlin because it's the rowdiness, sweat, and wrenched moans of roughhouse that (still) get my juices flowing. (On the whole, though, it seems that muscular definition and story arcs dominate 21st-century wrestling. Fine by me, just leave me my old tried-and-true DVDs.) Sterling's and Conlin's body slams and tight squeezes are as dramatic as they are because the wrestlers deliver them with such wrathful solemnity - make-believe wrath, to be sure, but performed as if the attitude and the moves really mattered. There are sloppy moments, but there's no questioning these guys' commitment, which is one reason I never tire of this fight.