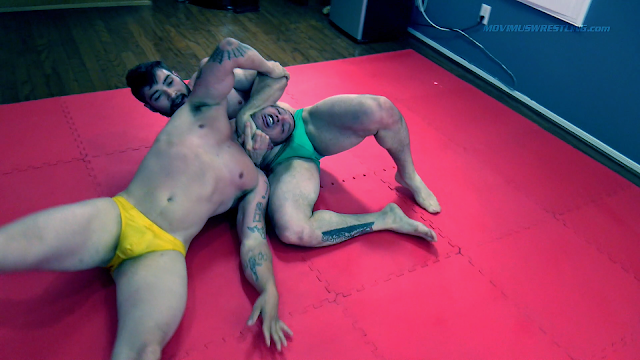 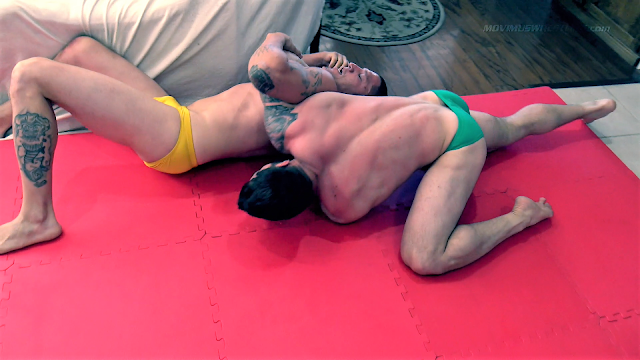 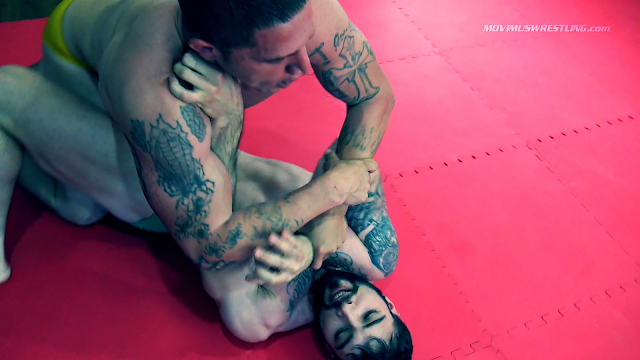 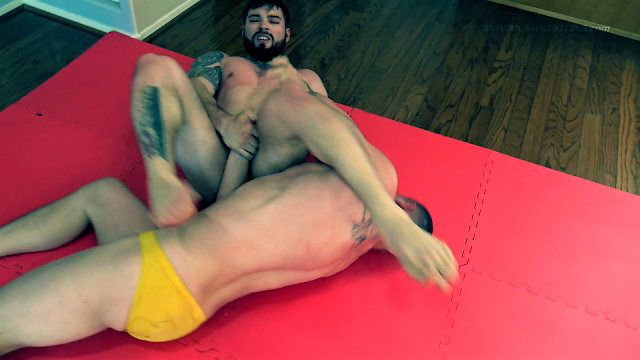 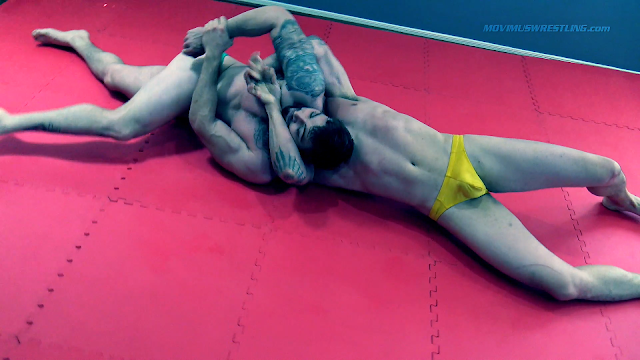 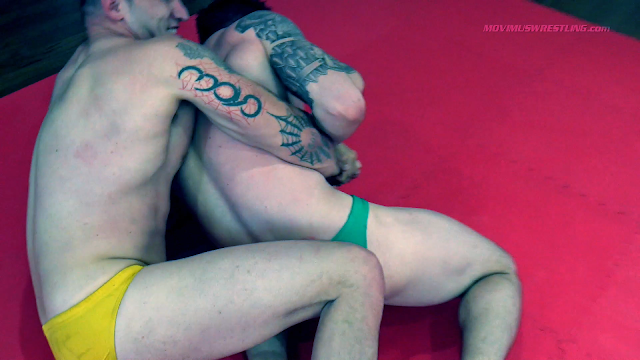 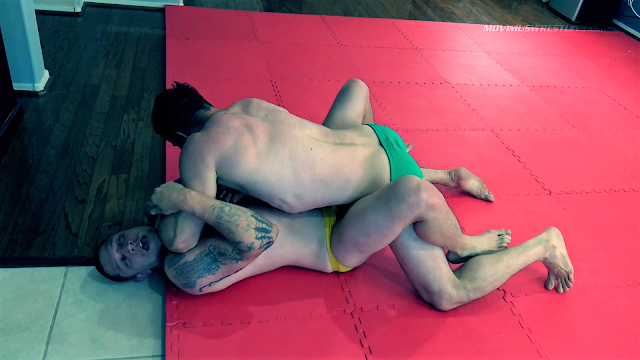 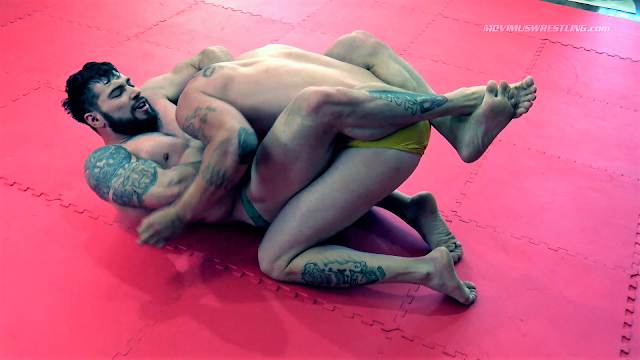 I like the way big wrestlers roll. I love all good wrestling, but I'll tell you the truth - my heart holds a special place for six-footers 200-pounders. To be exact, Julius (in yellow trunks) is 6'2" and weighs in at 204. Charlie (in green) is 6'0" and 207#. Both are new to Movimus, Julius, brand new, and Charlie, returning for his second match for the company. They are about as even in body mass, temperament, aggressiveness, and grappling skills as I've seen. At the midpoint of this 22-minute match, the men are tied - compounding the tension and fight on display for the next 11 minutes.

Both wrestlers are good at maintaining their composure under stress, and the competition provides plenty of stressful moments. By composure, I don't mean to imply slowness or lack of zest. The match brims with sudden lunges, careening, and some merciless submission moves. What I mean is that both wrestlers keep their wits about them at all times. It's not unusual to see from the knitting of their brows that their brains are working as hard and steady as their muscular limbs. According to the Movimus site, Julius is new to submission wrestling, but brings a background in high-school and college wrestling to the mat. He learns quickly that to win he has to do more than control Charlie's body but inflict enough pain (or hopelessness) to compel his opponent to tap out. He's good at take-downs, but it's Charlie who almost instinctively targets neck bones and elbows to make his opponent squawk.

According to the website, both wrestlers have requested a rematch. I second that motion and would further like to see either face Duke Russo in the near future.