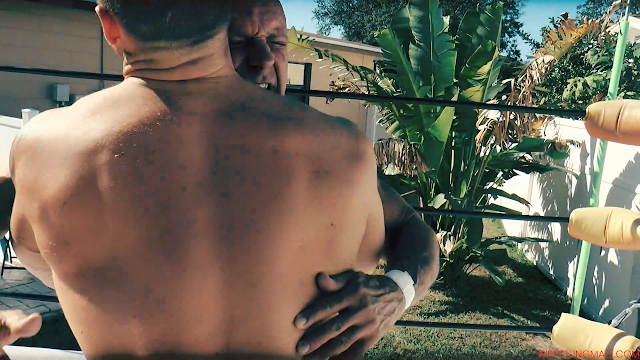 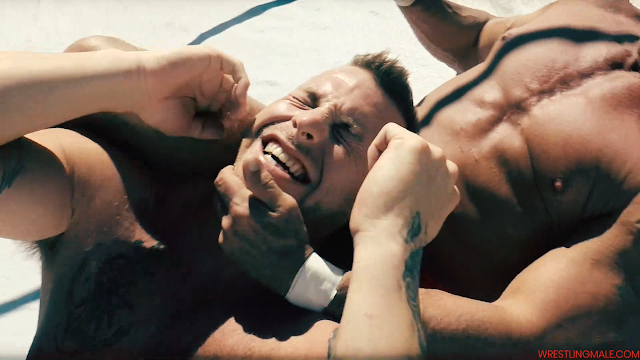 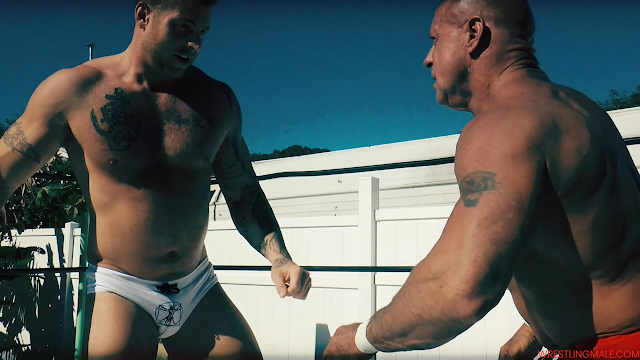 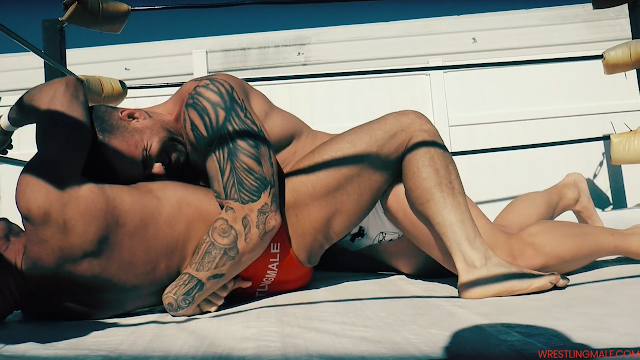 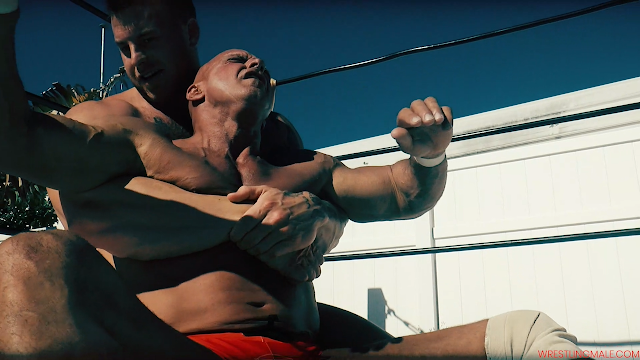 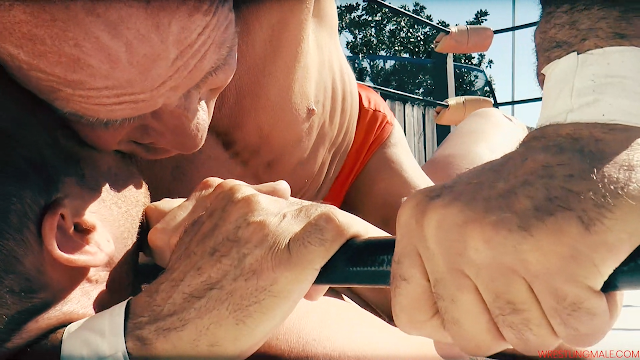 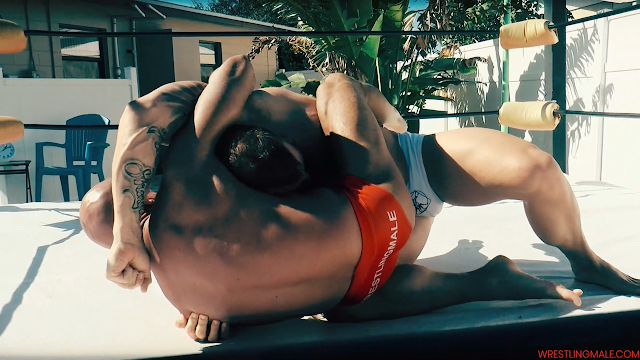 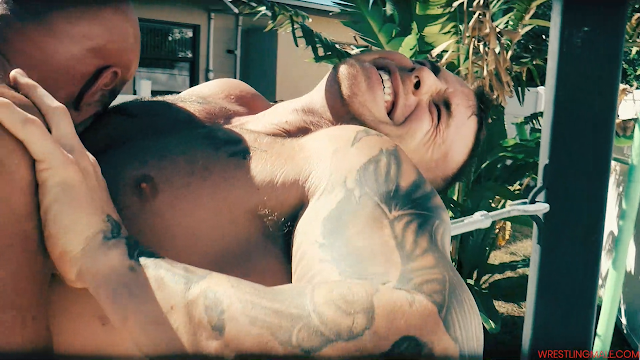 Differences in age, experience, stature, and weight don't seem significant factors in this rather brief (13 minutes) but intense battle for the US Championship medal. All in all, the fight is even, with plenty of give and take throughout. The goal is to apply the most bearhugs to submission before either grappler is too exhausted to continue. Fall by exhaustion is right in line with my wrestling fantasies, which usually have no other goal but to outlast one's opponent - sort of like the dance marathons of the 1930s, which similarly blurred the lines between entertainment and survival.

Slade Groman (5'4",159#) is a star in the recpro world of wrestling, a world I know little about since I'm not a wrestler, and recpro folks can be tetchy about outsiders playing tourist on their sites. He has made appearances in areas within my purview under a couple of names, and I consider myself a fan. Stefan (5'9", 206#) also wrestles under other noms de ring, and his easygoing for-kicks grappling style has also won me as a fan. Florida Rage 8  transpires under the merciless heat of the tropical sun, certainly a factor in any trial by endurance, resolve, and strength.

The specter of desperation hangs over this match, heightening its dramatic punch - as when Slade chokes Stefan under the bottom rope (the 6th shot above). The stakes are considerably higher than a frat-house contest between bros messing around. As always, Groman seems determined from the start to prove something, while Stefan plays loose and easy until about five minutes in, when it becomes clear that his opponent is out for blood. At that point, Stefan ups his game, tapping into his rage to fight fire with fire.

This looks like a continuation of a match I wrote about in June, or else it's a reboot. Both are worth watching. Stefan looks like a great wrestling buddy - amiable but tough - but Slade brings experience and a cache of wrestling tricks that mitigate if not eradicate the edge that youth and weight give Stefan.