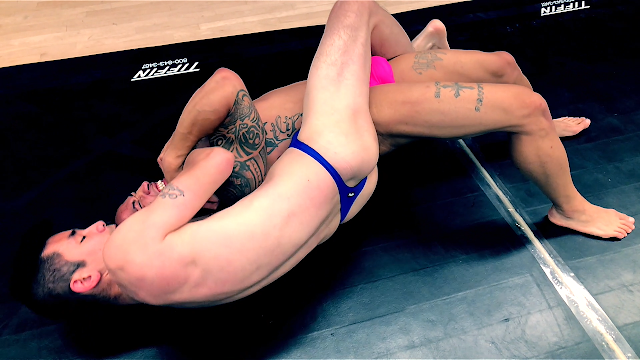 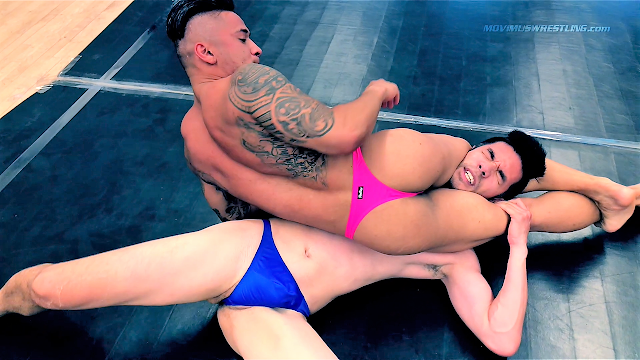 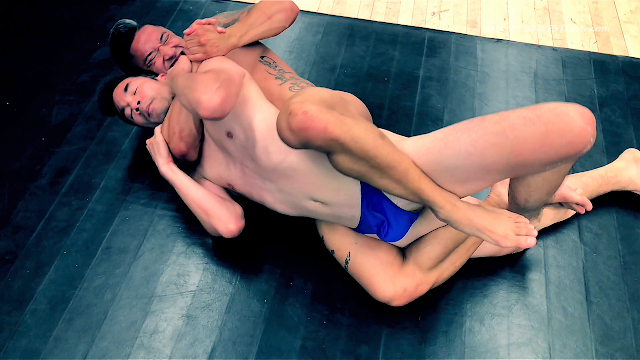 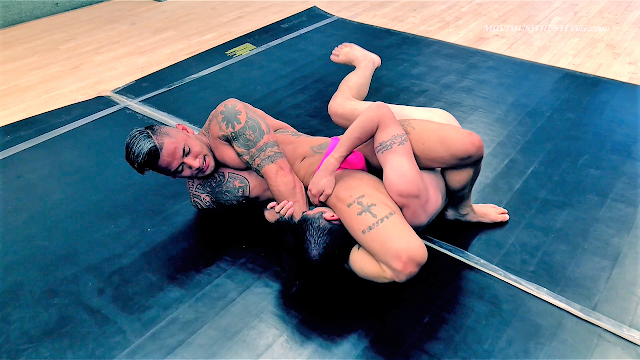 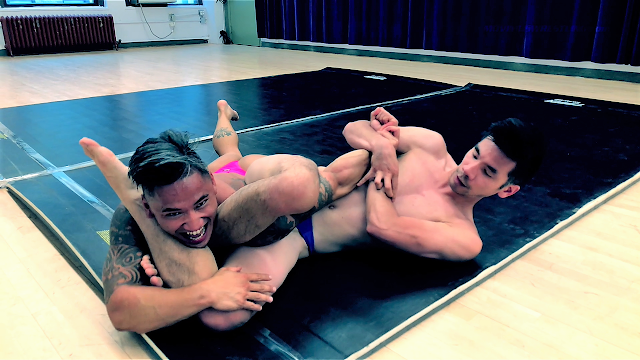 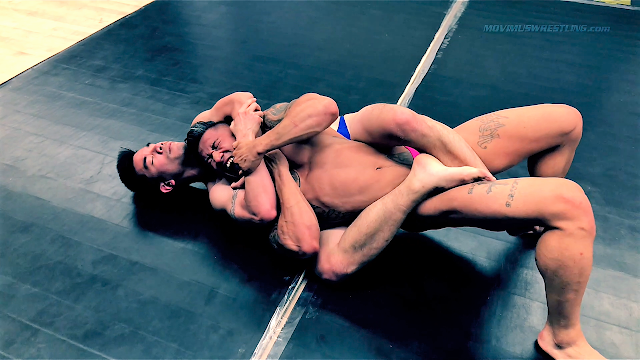 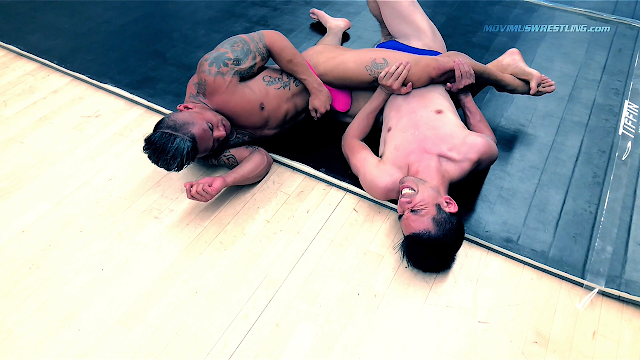 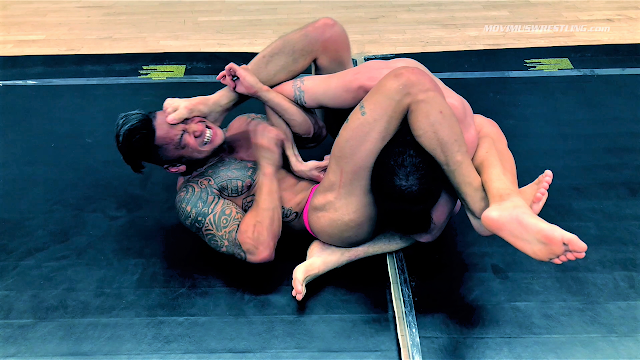 Movimus remains the only underground wrestling site specializing exclusively in actual (unstaged) grappling. I like the drama of choreographed battles, but genuine sporting combat affects me on a deeper level. I get why some people complain about its being "slow," but slow is the essence of intensity - intensity compresses space and energy stretches it outward - and intensity is a selling point for me, and it always has been. A wrestler bound motionless in the strong limbs of his opponent is a lovely sight, supercharged with all the elements I love about wrestling - control, strength, domination, body contact, stress, humiliation, panic.

There's drama in restraint that can take my breath away far more than whipping a guy across the ring or taking a swan dive off the turnbuckle. Skimpy gear and dynamically opposed personalities raise the drama up a few more notches. In his fourth Movimus video, Ortiz is almost the polar opposite of Duncan. Ortiz is restrained, while Duncan is expressive. Duncan is all about mounting an attack, while Ortiz is steady and patient, waiting like a spider to trap his opponent when he least expects, often with such subtlety and speed that the sudden yelp of submission seems to pop out of nowhere.

Ortiz takes an early lead, garnering two falls before Duncan realizes what he's up against. The middle stretch of the 27-minute video is the most exciting. At midpoint, either man can win. The wrestlers are neck and neck until one of them wrings out two submits in a row, thus claiming the ultimate victory. A very fine match. Derek astounds, but, as always, Shawn wows.