Keep It Real. Keep It Tyson. 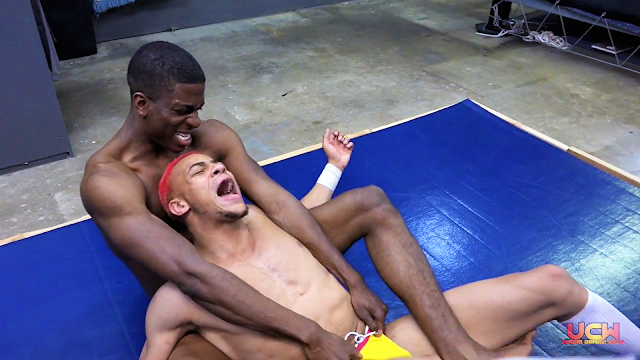 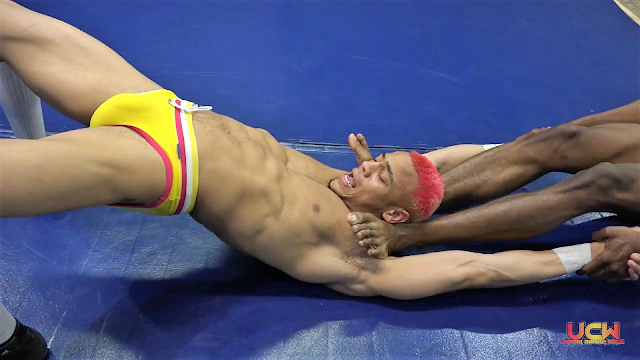 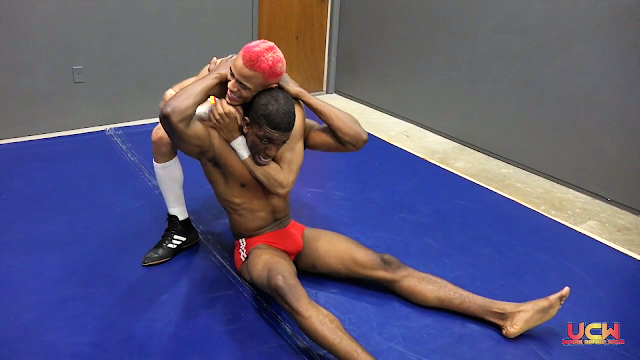 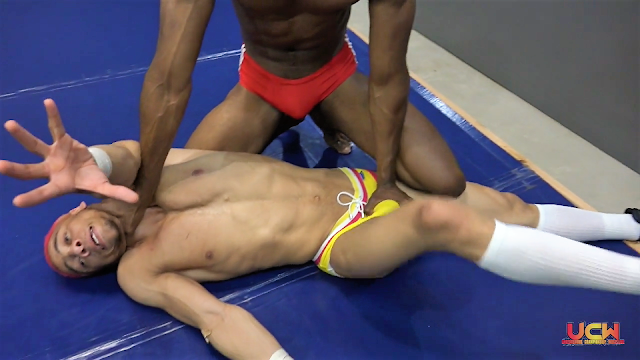 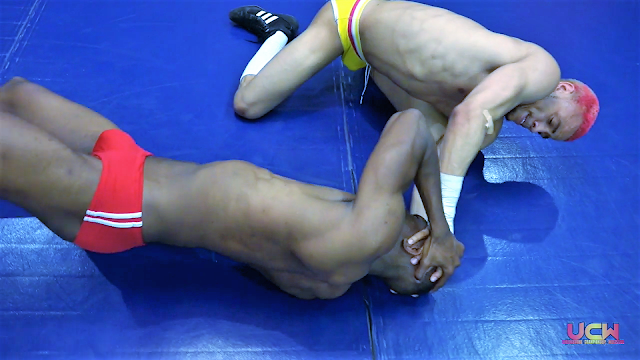 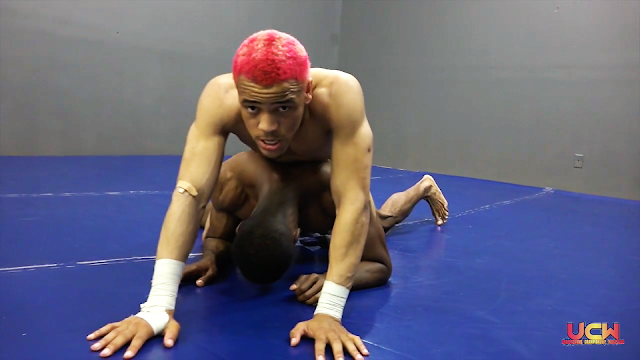 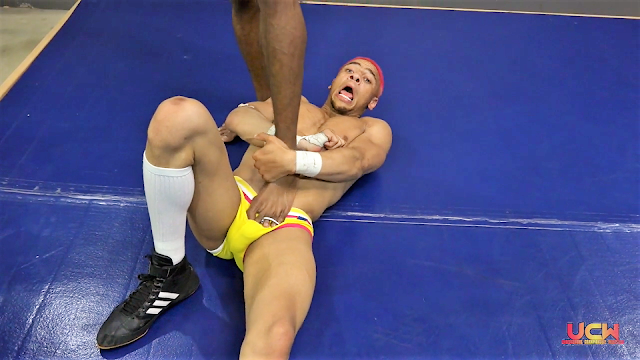 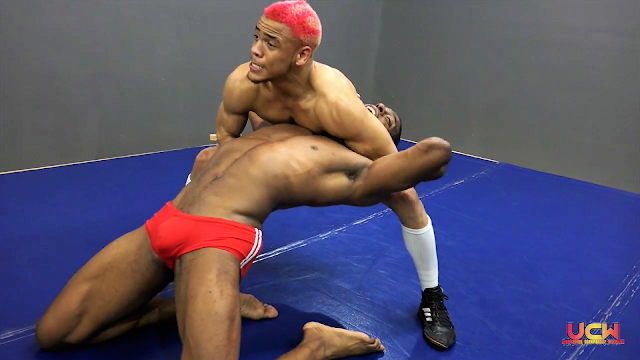 Obviously newcomer Miles got the memo to up the goofball factor for his second match at UCW. In his debut match against fellow indy wrestler Austin Tyler, he wasn't short on charisma, banter, and surprises. But nothing there prepared me for his performance here. Against Tyson the Hammer, he out-Jokers Joker, whether dubbing Hammer "Tyson Chicken," mimicking the crane and snake moves of chopsocky cinema, or overselling Tyson's attacks with an array of facial expressions straight out of SpongeBob SquarePants. And did I mention the snow-cone hair? (I'm all right with it. It works. But, still, sheesh.)

The giddy style is exhilarating, but it's not my preference in wrestling fun. Too big, too Chikara. I'd rather he channel his live-wire energy into something more menacing. His style in the last half of this match is more to my liking. After withstanding and countering Tyson's barrage of bear hugs and nut crunchers, he brings a greater sense of risk to the match. It's one of those finishes where both fighters become steadily more exhausted and have to rely on raw instincts to carry on. The battle is give and take from beginning to end, with the Hammer doing his full share of the heavy lifting.

I'll leave the outcome for readers to find out for themselves. It all happens in the final 60 seconds like a sock to the jaw. What matters is the energy Miles is bringing to UCW in these two introductory matches. Having earlier uttered the name in passing, I would be interested in a Joker-vs-Miles face-off. But what I'm itching for is a confrontation between Miles and Chase Michaels or - dare I hope? - Derrick Cole.