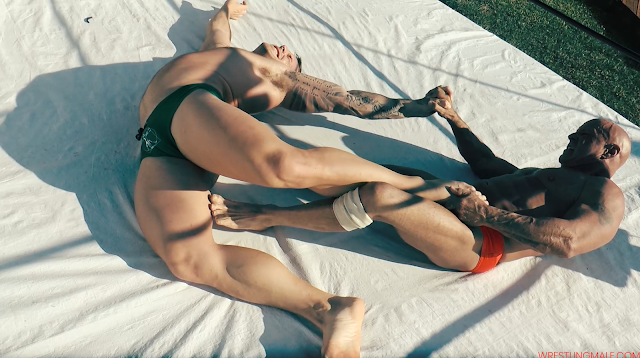 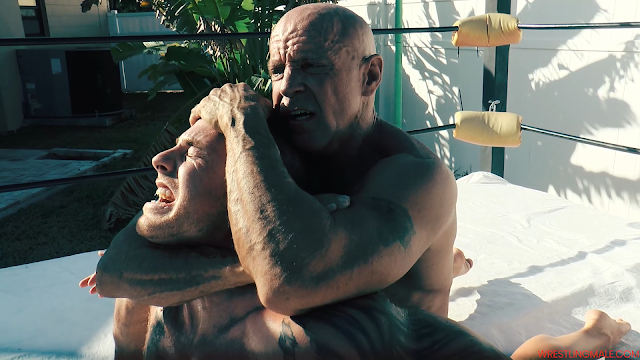 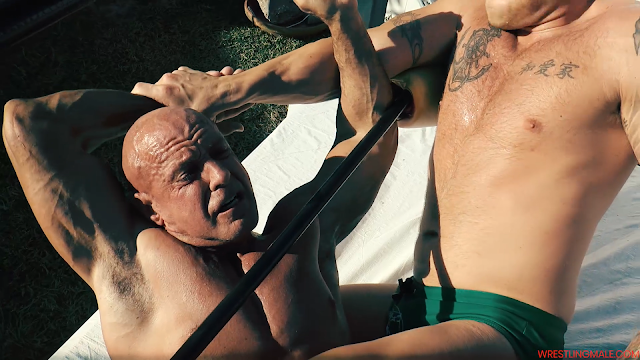 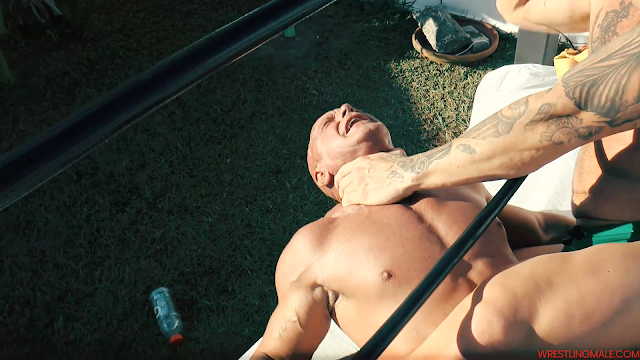 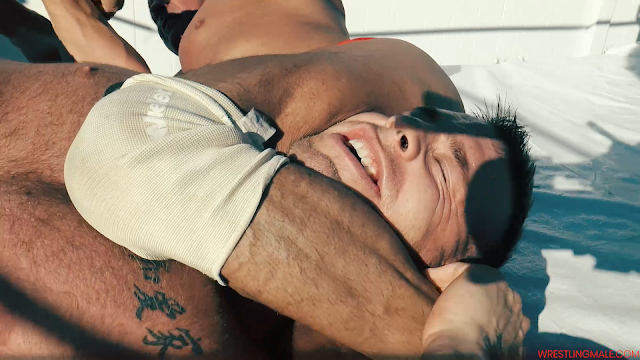 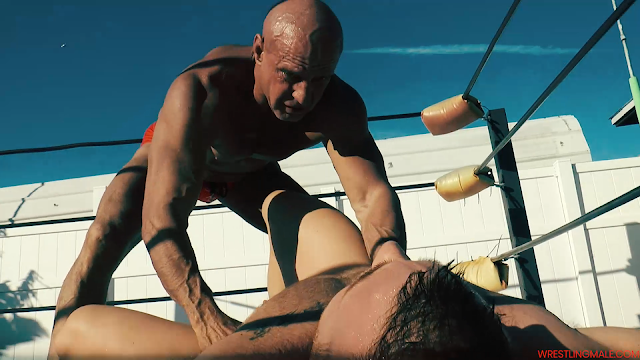 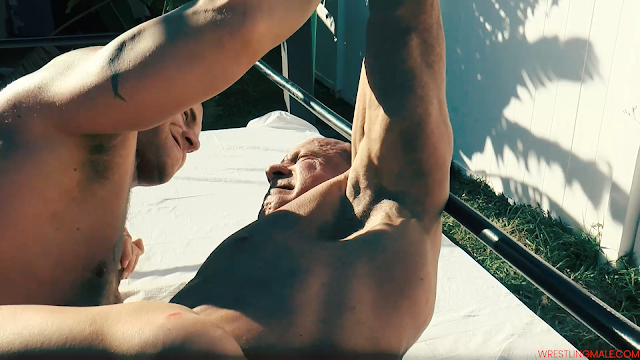 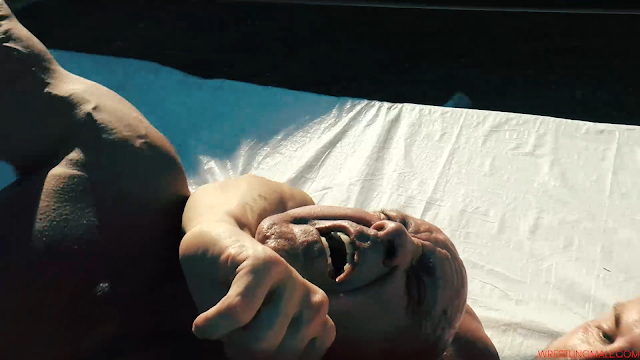 After my blog on a Wrestlingmale match last month, Joey in St. Louis urged me to view this other match, which, like the previous and first, features Stefan in the ring. I have my own reasons for wanting to see this fight, but first let me share Joey's pitch:

I'm a huge Slade Groman fan. He's been so kind to me over the years and has a body built for punishing [...] a little jobber/geek like me. This match is soooo hot. It took me 6 hours to finish it as I kept 'losing control' of myself watching it. He's a legit guy and has been so kind all these years and [I have been] watching him release match after match and reading his rave reviews on Meetfighters.com [by] those fortunate enough to grapple with his sexy self. I think he deserves a spotlight in the blog world. Please?*

I reminded Joey that I have, in fact, spotlighted Slade before "in the blog world" - last year - and five other times over the last couple of years for his other persona: twice I blogged on a single mask-vs-mask challenge, in which the dude not only made me splooge multiple times but also won me over to the mask-vs-mask angle**. So I didn't need much convincing to see him in the ring against the equally admirable Stefan (5 inches taller, 47 pounds heavier, and 25 years younger).

Slade vs Stefan is also a title match, wrestling for the Wrestlingmale 'Iron Man' US Championship belt. First ever, the victor being the man who accumulates the more submissions within 30 minutes. It's also rip-and-strip, with both contestants buck naked for the final six minutes - fought outdoors under the impassive Florida sky. But the main draw is the fact that both wrestlers are adroit and experienced in ring warfare.

Low blows, chokes, and nipple-to-nipple body presses are standout features of the match for me. I would have liked more sweat, but the fight is as gritty and fast-paced as I could hope for. Other memorable standouts include (1) Slade cranking Stefan's arm around the  bottom rope while simultaneously pinching the guy's crotch, (2) Stefan reciprocating with an illegal hangman on the opposite bottom rope, (3) a toe-curling bow and arrow stretch, and (4) a combo figure-four headlock and rope-hung leg lock.

It's a sterling fight executed by a couple of squared-circle warriors and a clear indication that Wrestlingmale is marching to its own beat, with little or no interest in copycatting other underground wrestling sites.

* I edited this message for continuity and punctuation, leaving out some material unrelated to this match. I also added the hyperlink to Meetfighters.com.

** Tearing the mask off with his teeth sold me on this one.