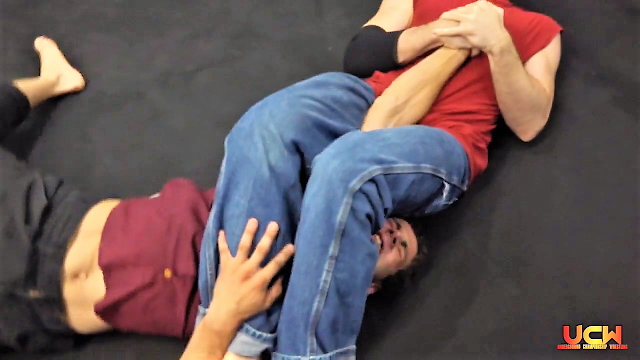 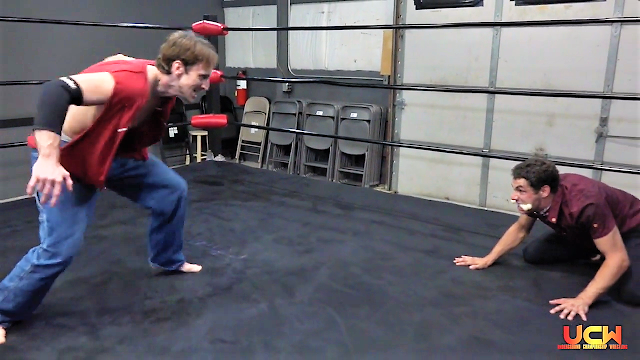 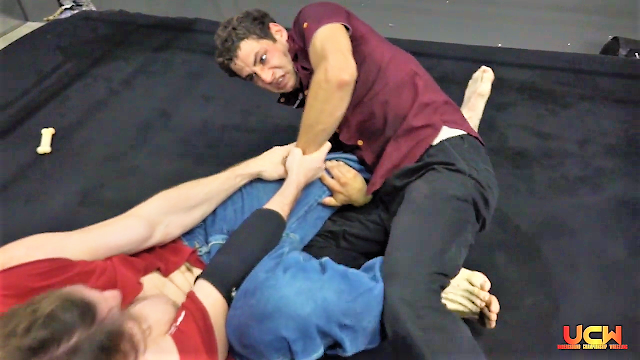 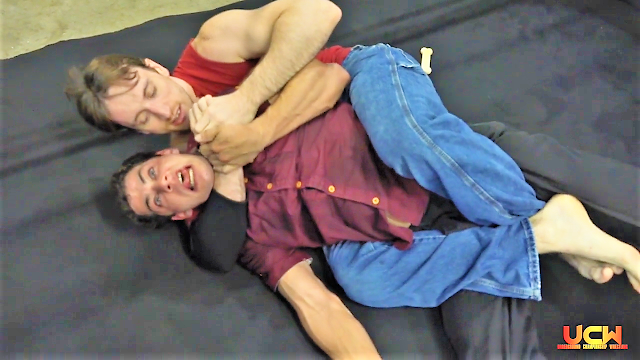 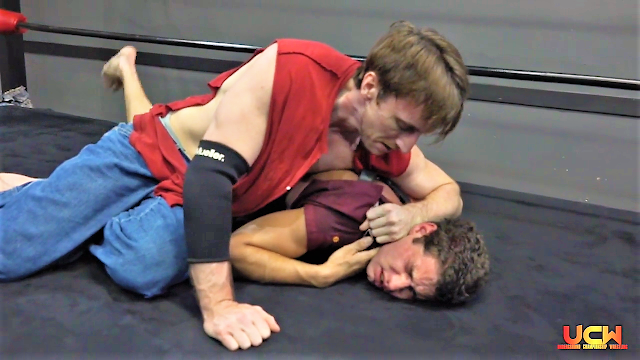 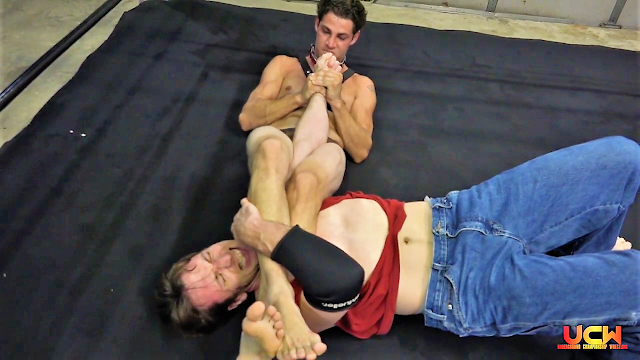 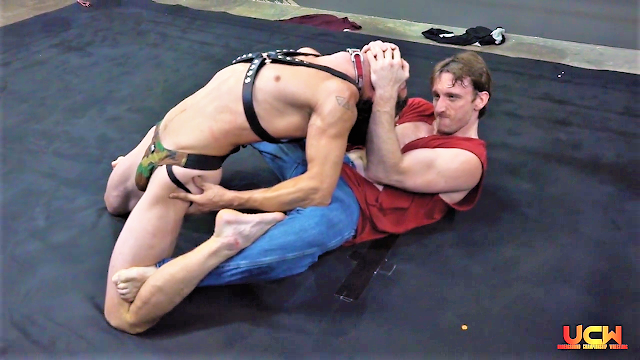 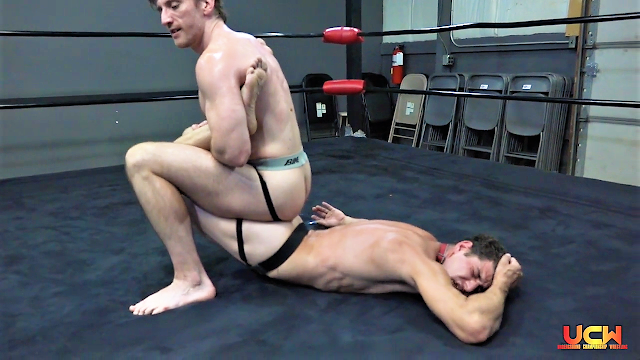 If I didn't already have a dog who likes to wrestle - my shredded sofa has dozens of war stories it could tell - I'd be happy to take in Wolf Boy as a pet and watchdog. The kid's got moxie and buckets of charm along with being photogenic in a slyly compelling way.

Naked or clothed, he and Viking are a whole lot of hot. Erik grew on me gradually over a span of two or three matches at UCW - and turned full-blast volcanic in his outdoor showdown versus Axel last spring. Wolf Boy sizzled in his debut - an oil wrestling match against Chase Michaels. Then he won my heart with his sweet and tender attentions toward my pal BodySlam in the latter's hour of need. He has since become such a poster boy for the Philadelphia promotion that it's hard to believe that this is only his second match!

Wolf Boy works the "wolf boy" gimmick friskily, announcing his entrance with a howl and a woof, in a dog collar and leash. Both he and Erik are barefoot in loose pants and tops, so obviously this is going to be a strip match. "I don't even know what to do with this!" the Viking exclaims, cautiously approaching his opponent (who's now on all fours), then jumping back when Wolf Boy lunges at him. He snares the Boy in an arm bar, cinched tightly between his legs. Wolf Boy snarls and bares his teeth.

The angle would be ludicrous if these guys didn't sell it with plenty of verve. Well over his camera-shyness now, Erik irradiates the ring with personality and animal magnetism. Wolf Boy plays feral with no hint of irony - and he's sexy as fuck at it - biting, clawing, growling. And the gimmick doesn't get in the way of the wrestling, amazingly. The give and take proceeds with conviction and feeling on both Wolf Boy's and the Viking's parts.

Speaking of parts, yeah, we get a peek at some in this match. Briefly yet ample enough to get a salty taste in my mouth. By the 12-minute mark (out of 30) Erik has stripped the Boy down to his camo jockstrap and studded leather harness. Seven minutes later, they're both down to their straps. The skin-on-skin moments are passionate yet grueling, very erotic, very harsh, the way I like my wrestling. In the end, there's a climactic off-the-ropes forearm smash to the torso, as well as a stripping away of the loser's jockstrap - settling the question of which of these guys is the true alpha dog ... and which, for the moment at least, the bitch.