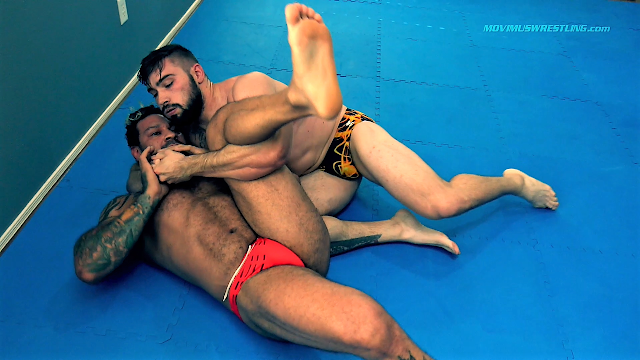 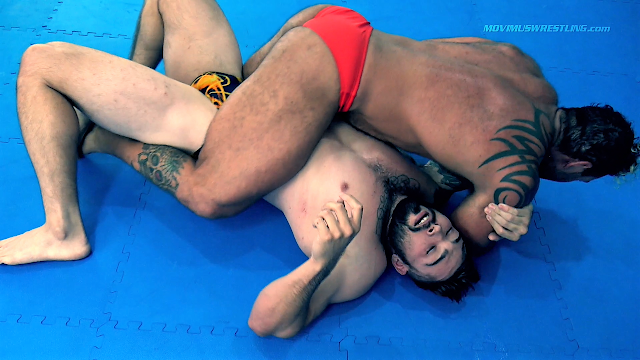 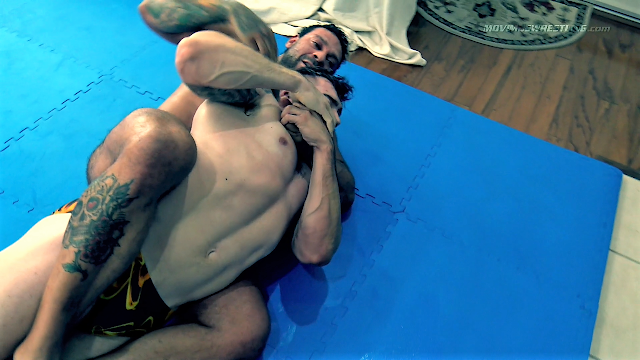 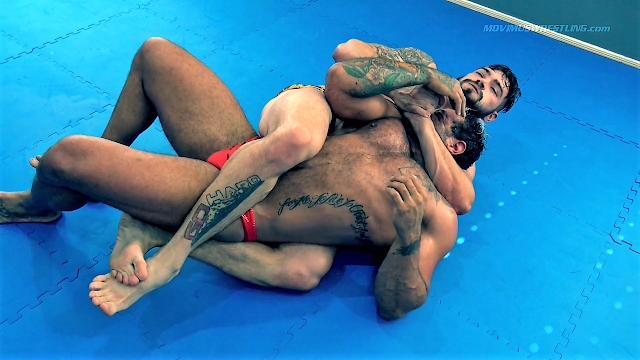 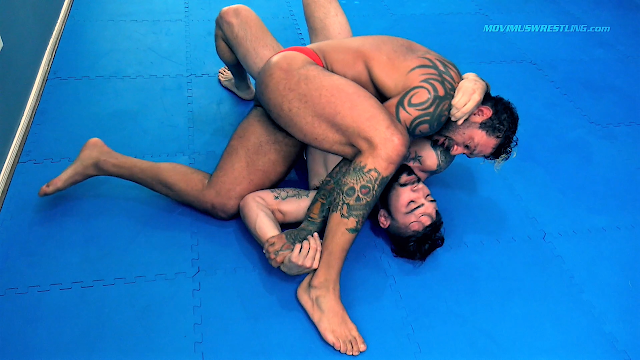 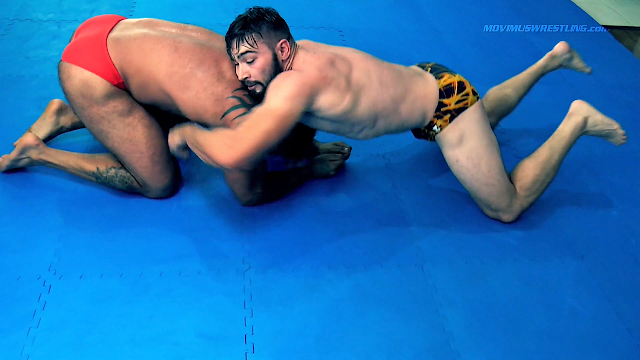 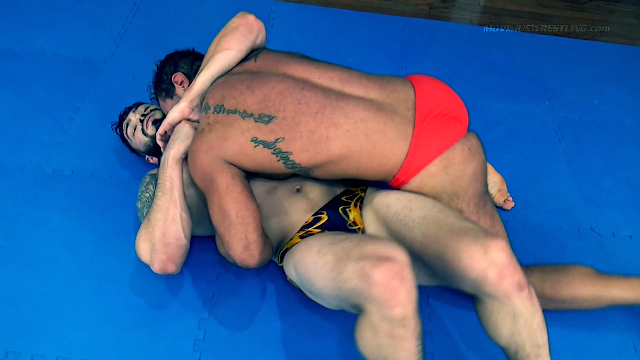 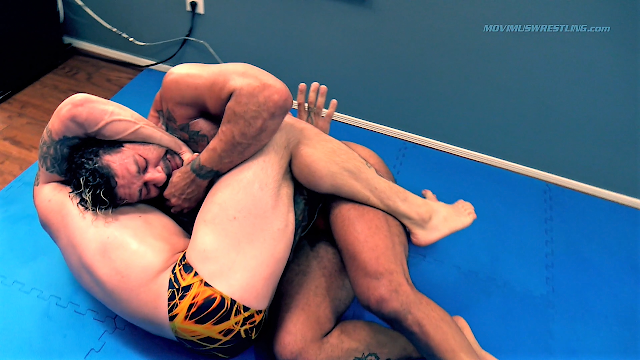 Collegiate and submission wrestling both typically start slow, but as the competitors become acquainted with their opponents' strengths and weaknesses, the action becomes more intense and absorbing. This is certainly a factor in this 19-minute, two-round match. The learning curve is steep for both wrestlers because this is Hunter's first ever Movimus contest, and there's much they need to learn about each other's body and technique - and learn fast. Yet watching these two heavyweights clamber over each other on the mat is a spellbinding spectacle, and, according to the catalog description, both have signed on for a rematch. Scheduled sooner than later, I hope.

There's no mistaking that these men are strong and agile grapplers. Hunter (in red, 5'10", 215#) is as sturdy as a tugboat. His legs are especially formidable, and Charlie (in black and tangerine, 6', 207#)  is wise to steer clear of them as much as possible. The two submissions are stretched far apart because each man is quicker and stronger than the other guy imagines. In particular, Wiggins underestimates Epps's grappling skills and resourcefulness, at first, anyway. Hunter finds it difficult to contain Charlie but does succeed in keeping him on his back and underneath him most of the time. Submitting him is another story, but Hunter is a quick study and fast on learning what's needed to tie Epps up and force him to submit.