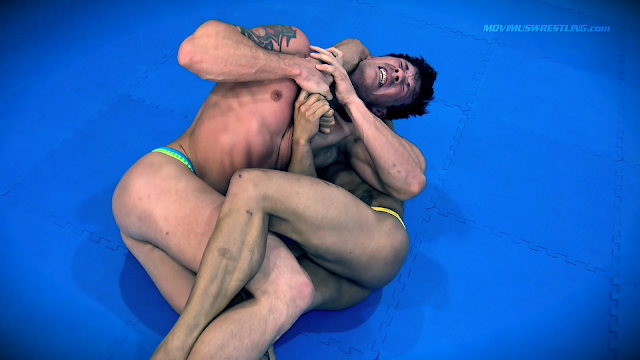 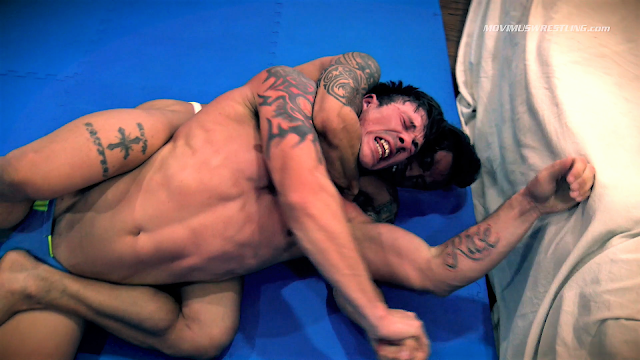 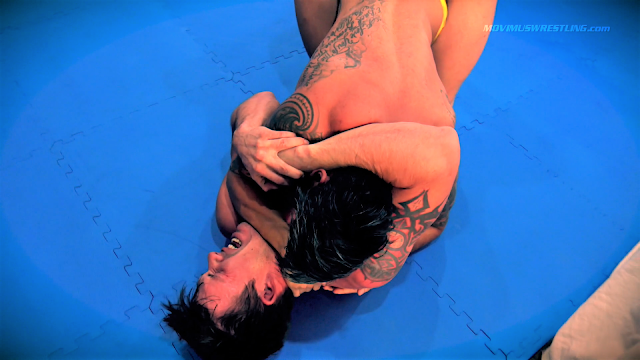 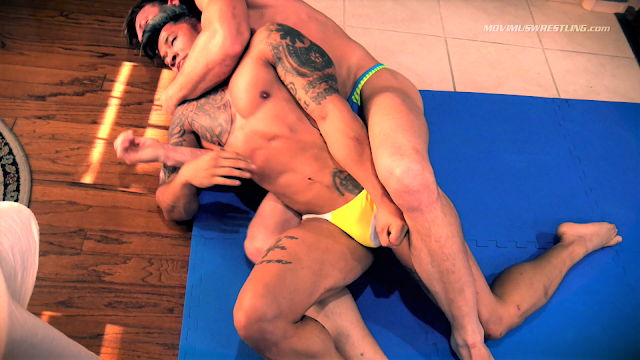 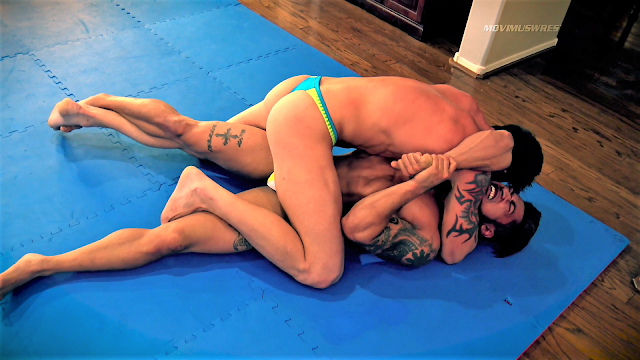 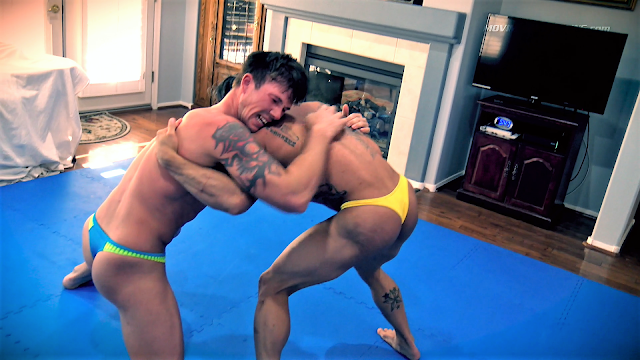 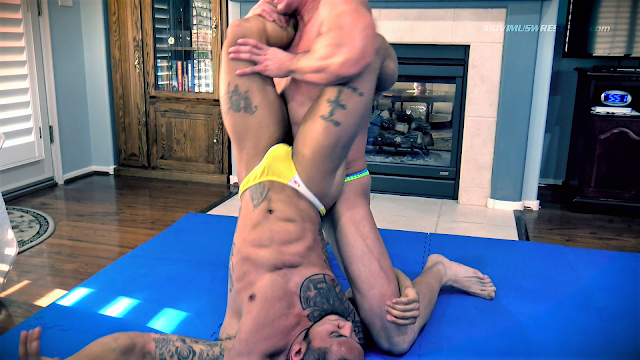 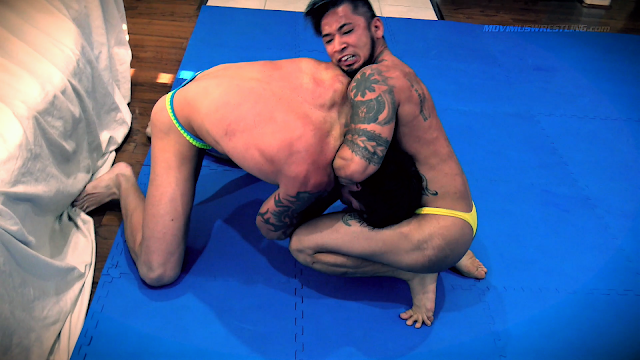 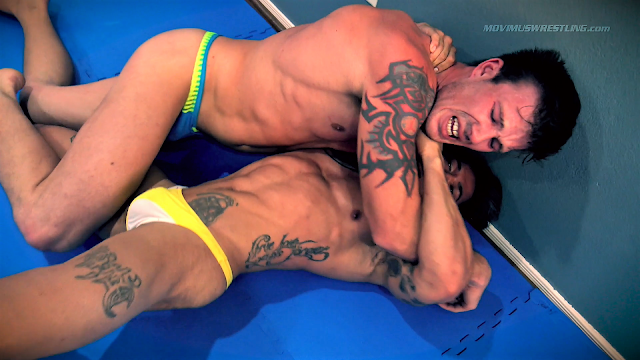 I heard a rumor that Shawn Duncan goads his opponents into wearing thongs when they wrestle. What that tells me is that Duncan has a keen mind for business. He knows how to sell matches on several levels. He also knew enough to handpick handsome Stephon Michaels as his latest challenge. Excellent choice! Stephon greatly impressed me in his match against Charlie Epps. Evidently Shawn was impressed, too, and happily Stephon was a taker on the thong proposition.

Stephon towers over Shawn at 6'1" to Shawn's 5'5",  Shawn doesn't scare easily. He's also giving up about 45 pounds in weight - that's four or five weight classes in difference. It would be one thing if this were a choreographed pro-style event, but this is sub wrestling, real  sub wrestling, and a guy can get hurt fighting this far above his weight class. But Shawn is strong and quick, assets he's brandished against other bigger opponents. The catch here is that Stephon can match Shawn in strength and speed like no wrestler Shawn has fought previously.

Stephon shows his stuff in the first half. In a matter of seconds he takes Shawn down to the mat and locks him between his legs. For close to a minute, he clenches Shawn between his thighs. Shawn escapes but can't find a hold that sticks with Stephon, who muscles his way loose of holds that have forced Shawn's previous opponents to tap out. Right at the match's midpoint, Stephon succeeds in submitting Shawn, a major triumph!

Nine or ten minutes later, after a hard-fought and exhausting battle, Shawn evens the score with a two-minute headlock that Stephon finds impossible to escape. The writhing and moaning could not be any hotter than it is. That leaves four minutes for one of these men to win the all-important third fall. It's a nail-biter finish to a contest that's one of the best I've seen in a long time. I don't have to be a sub wrestling fan to love this video. Both these fighters know how to fight and how to play the drama of the struggle towards the camera. And both wrestlers are knockouts. I'll watch anything with Shawn or Stephon on the mats - and in thongs.